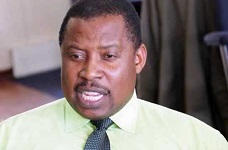 ZIMBABWE – The Ministry of Primary and Secondary Education wants schools to pay more than half a million dollars towards a schools audit exercise ordered earlier this year in a move teachers say is a violation of public service regulations.

The money will go towards accommodation, meals, fuel and stationery, among other things.

Government, through the Ministry of Primary and Secondary Education, earlier this year ordered an audit of all school accounts after it emerged that a number of them were misappropriating funds.

Teachers now argue the ministry was supposed to fund the audit or at least request audited statements from schools instead of deploying auditors.

They want the ministry to account for all the money paid by schools.

A circular written to schools in Harare by provincial education director, Mr Christopher Kateera in July this year, indicates that schools in the city were expected to pay $65 000.

“Auditors on exchange programme from other provinces are visiting Harare Province to conduct audits on schools in Harare province,” said Mr Kateera in the circular.

“As Harare Province, we are being asked to make contributions for their accommodation, breakfast, lunch and dinner, fuel and stationery and other supplementary items,” he said.

“The total amount required to carry out this exercise efficiently is $65 000. Each district is being asked to contribute $9 285,71. The district education should liaise with their schools and make their contributions towards this exercise. The amounts for each district should be deposited into the provincial education director’s temporary deposit account. Harare Regional Office T/D Account 4112-114268-080.”

“But the evidence that I am getting now is that certain schools paid upon the insistence of the ministry, contrary to what the permanent secretary said, which highlights mismanagement of public funds not only by schools but authorities in Government using their discretionary powers,” said Mr Ndlovu.

“This was forced on schools. We demand that the ministry must account for the money that was paid because currently we do not know how they used that money. We also want to know what authority was given them to draw money from schools,” he said.

“Some headmasters have confirmed that they paid $250 and it was demanded on the spot. The fact that it was demanded right on the spot is a violation of principles of management. Surely somebody is wrong and the ministry must be accountable.”

Mr Zhou said it was not the responsibility of schools to pay for auditing.

“The ministry must pay for its own auditors or request for audited statements from schools,” said Mr Zhou. “The tragedy about this issue is that those who audited were juniors to teachers, yet the public service regulations state that juniors cannot assess a senior.

Some of them were extension officers yet in terms of rank, they are junior to teachers. They flouted regulations of public service,” he said.

“Knowledge is not acquired through diffusion, that they will learn just because they are now in office. There is need for in-service training for those in managerial positions. Remember these people are being transferred from being classroom teachers to management of resources. So there is need to acquaint them with relevant statutory instruments,” said Mr Zhou.

Contacted for comment, Primary and Secondary Education Deputy Minister Professor Paul Mavhima said he was not aware of the source of funding for audits.

“I do not know, but I can verify for you tomorrow,” said Prof Mavhima.

“I heard about that (that schools were requested to pay towards the audit). But allow me to verify for you tomorrow.”

Prof Mavhima also said he would ascertain the status of people who audited schools.

ZIMBABWE - The Ministry of Primary and Secondary Education wants schools to pay more than half a million dollars towards a schools audit exercise ordered earlier this year in a move teachers say is a violation of public service regulations. The money will ...
Share via
x
More Information
x