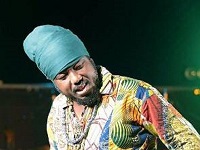 This comes as his first ever performance in Zimbabwe and speaking to The Herald newspaper in Zimbabwe, Blakk disclosed that he vowed not to perform “Mugabe” a song he had composed for the Zimbabwean president years ago, during any of his live performances.

“Being in Zimbabwe is actually a dream come true to me because I have always wished that one day I would come to Zimbabwe and meet Africa’s greatest hero, President Mugabe. I did a song for him titled ‘Mugabe’ five years ago and told myself that I will never perform it anywhere else except in Zimbabwe”.

“Since it’s release this is the first time that I am going to perform it. The song is about how eager I am to meet President Mugabe of Zimbabwe. I cannot wait for February 25, so that I will perform this song in view of a wonderful nation-Zimbabwe”, he said.

Blakk Rasta also disclosed to the Herald Newspaper that, he did the song also because President Mugabe is actually a relative of Ghana since the late first lady Amai Sally Mugabe was from Ghana.

“If you come to Ghana, President Mugabe is a household name, we see him as one of us, as our uncle since he was once married to out sister and mother Sally Mugabe. After all, he is my hero and Africa’s hero. Look at history, what he has done for Zimbabwe and Africa at large, who will not want to sing a song for such a gallant son of Africa, he is my president”, he said.

Blakk Rasta to perform for Prez Mugabe in Zimbabwe

ZIMBABWE - Ghanaian Reggae artiste and radio personality, Blakk Rasta has been billed to perform today, February 25th, 2016 in Zimbabwe for the Zimbabwe Music Awards 2016. This comes as his first ever performance in Zimbabwe and speaking to The Herald news...
Share via
x
More Information
x