Business as usual for Barclays in Zimbabwe 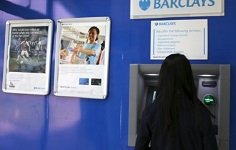 ZIMBABWE – It would be business as usual, at least for now, executives at the Zimbabwe unit of Barclays said after the British parent company announced yesterday that it was moving out of Zimbabwe.

The bank said it planned to dispose of its 62 percent stake in the Barclays Africa Group Limited (BAGL) in order to save costs and to focus on its core business units.

Analysts and stakeholders predicted a rush by depositors in Zimbabwe amid concerns that the bank would now be vulnerable following the offloading.

“Sentiment and confidence are key components for any banking operation and once there are developments that affect public confidence in a finance institution, it will be a different situation. However, it is a business transition just like any other,” economist Jeffrey Kasirori said.

However, executives at Barclays Zimbabwe said despite the exit, the unit would “continue to focus on providing customers and clients with the high standards of service which they expect and will update them as and when there is anything”.

Barclays’ justification for selling its Africa stake was that it faced “specific challenges in a regulatory environment which significantly impact the returns which Barclays realises from its controlling interest” in the Africa operations.

Barclays chief executive Jes Staley said the group planned to “exit further businesses” in the next few years, including “our Egypt and Zimbabwe businesses (which are not owned by BAGL)”.

“From the perspective of our business, however, nothing changes today as a result of this announcement. Barclays has been certain that it will manage this process so that it is respectful of customers and colleagues,” Barclays Zimbabwe said. Zimbabwe and Egypt were left out of the amalgamation of Absa and Barclays Africa operations.

There had been widespread speculation that regulatory and other uncertainties in the two markets were to blame.

Zimbabwe is pushing through a controversial indigenisation policy that compels foreign investors to cede 51 percent shares in local units to black Zimbabwean groups.

The policy has been criticised for scaring away investors, although President Robert Mugabe’s government says it is meant to empower locals and help them be active in the country’s economy.

His former deputy, Joice Mujuru, however, criticised the policy, saying that it needed to be “wholesomely reviewed”.

Other allies of Mugabe, such as former reserve bank governor Gideon Gono, also criticised the current format of indigenisation, especially on its impact on the banking industry.

Foreign banks in Zimbabwe include Nedbank’s MBCA unit, as well as units owned by Standard Bank, Ecobank and Standard Chartered.

Atlas Mara, which now controls BancABC, also has a significant presence in the country, with owner Bob Diamond excited and investing heavily in his African banking interests.

Business as usual for Barclays in Zimbabwe

ZIMBABWE - It would be business as usual, at least for now, executives at the Zimbabwe unit of Barclays said after the British parent company announced yesterday that it was moving out of Zimbabwe. The bank said it planned to dispose of its 62 percent stak...
Share via
x
More Information