Corruption at ZACC: A case of who will guard the guardians 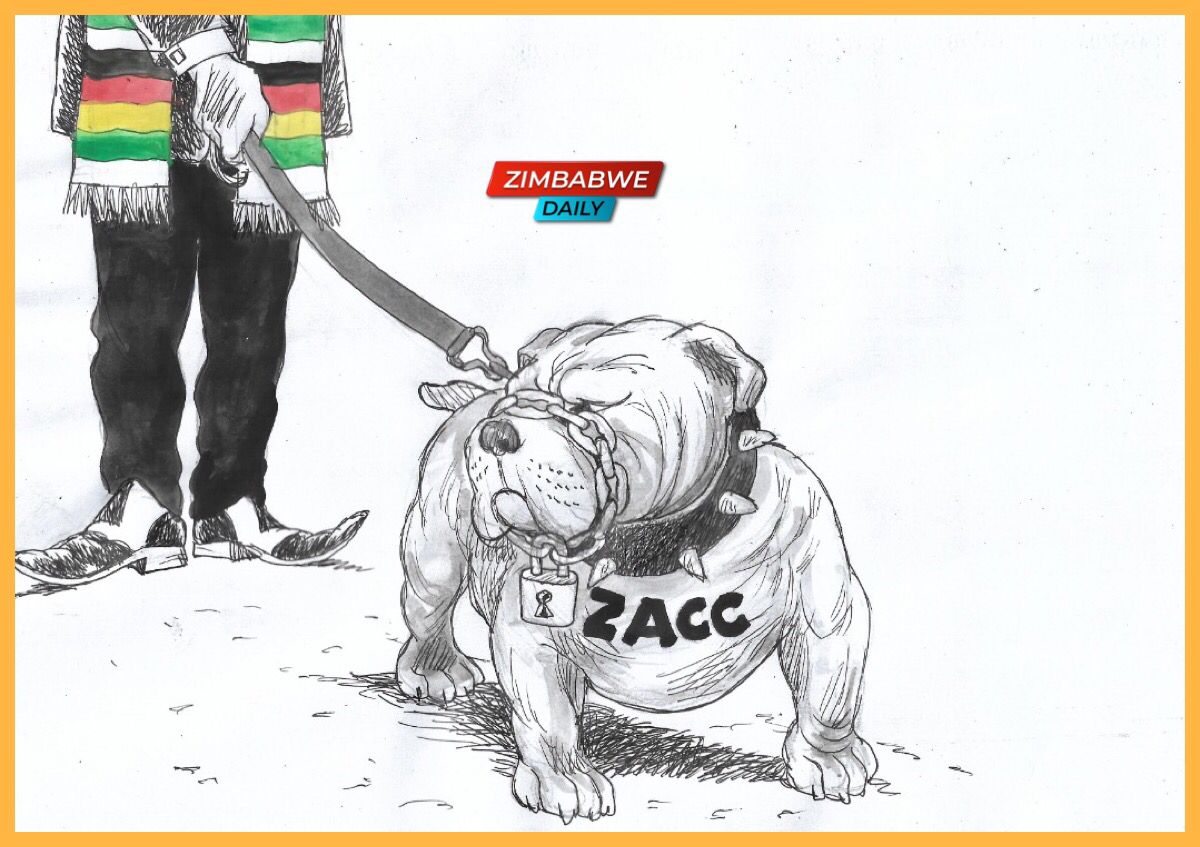 HARARE – The Zimbabwe Anti-Corruption Commission (Zacc) has admitted its books were in a mess when the Auditor-General (AG) Mildred Chiri audited them in 2019. In her 2020 audit of Zacc accounts, Chiri revealed that the anti-graft body failed to account for millions of United States dollars between 2012 and 2019. In a statement yesterday, Zacc spokesperson John Makamure said: “The Commission takes note of the issues raised in the Auditor-General Mildred Chiri’s report stating that the commission failed to furnish her office with supporting documentation for payment of goods and services, and other substantial disbursements. The commission would like to state that it is currently studying the document and will issue a comprehensive statement in due course.”

QUIS custodiet ipsos custodesâ (Who will guard the guards) was the satirical query posed by poet-philosopher Juvenal in Ancient Rome.

It has for centuries been generally used to describe a situation in which a person or body having power to supervise or scrutinise the actions of others, is not itself or themselves subject to supervision or scrutiny and find themselves committing the same ills they exist to obliterate.

Makamure admitted that Zacc’s books for the period 2012 to 2019 were not in order owing to legacy issues.

He said since the appointment of the Justice Loice Matanda-Moyo-led Zacc, they had worked tirelessly to enhance professionalism and transparency at the commission.

In her audit report, Chiri revealed that in 2012 and 2013 Zacc failed to produce supporting documents, supplier statements and invoices for transactions amounting to US$2 417 374 and US$814 841.

“In 2017 there were no supporting documents availed to validate expenditure and payables amounting to US$2 064 864 and US$474 138 respectively presented in the financial statements. I was, therefore, unable to perform alternative procedures to obtain assurance as to the accuracy and completeness of these balances,” Chiri said.

Meanwhile, Chiri yesterday told participants at a media engagement workshop in Nyanga that the AG’s office will introduce vernacular summaries of audit reports, starting with Ndebele and Shona for easy understanding by citizens.

“My office has plans to introduce vernacular summaries of the reports. We intend to start with Ndebele and Shona versions and hope to increase the dialects with time,” Chiri said.

She said the media had assisted her office to reach out to millions of people, some of them in remote areas through unravelling inadequacies, excesses and lack of compliance in audits.

“Audit reports by nature point out anomalies in an organisation which mainly impinge on financial resources. However, that does not mean that there are no positive developments and success stories in that entity,” Chiri said.

“The audit report only gives half the story. The other half can be obtained from the organisation or ministry itself. Therefore, assessing the overall performance of a public entity using the findings of the AG’s report alone would be myopic and incomplete,” she said.

Corruption at ZACC: A case of who will guard the guardians

HARARE - The Zimbabwe Anti-Corruption Commission (Zacc) has admitted its books were in a mess when the Auditor-General (AG) Mildred Chiri audited them in 2019. In her 2020 audit of Zacc accounts, Chiri revealed that the anti-graft body failed to account fo...
Share via
x
More Information