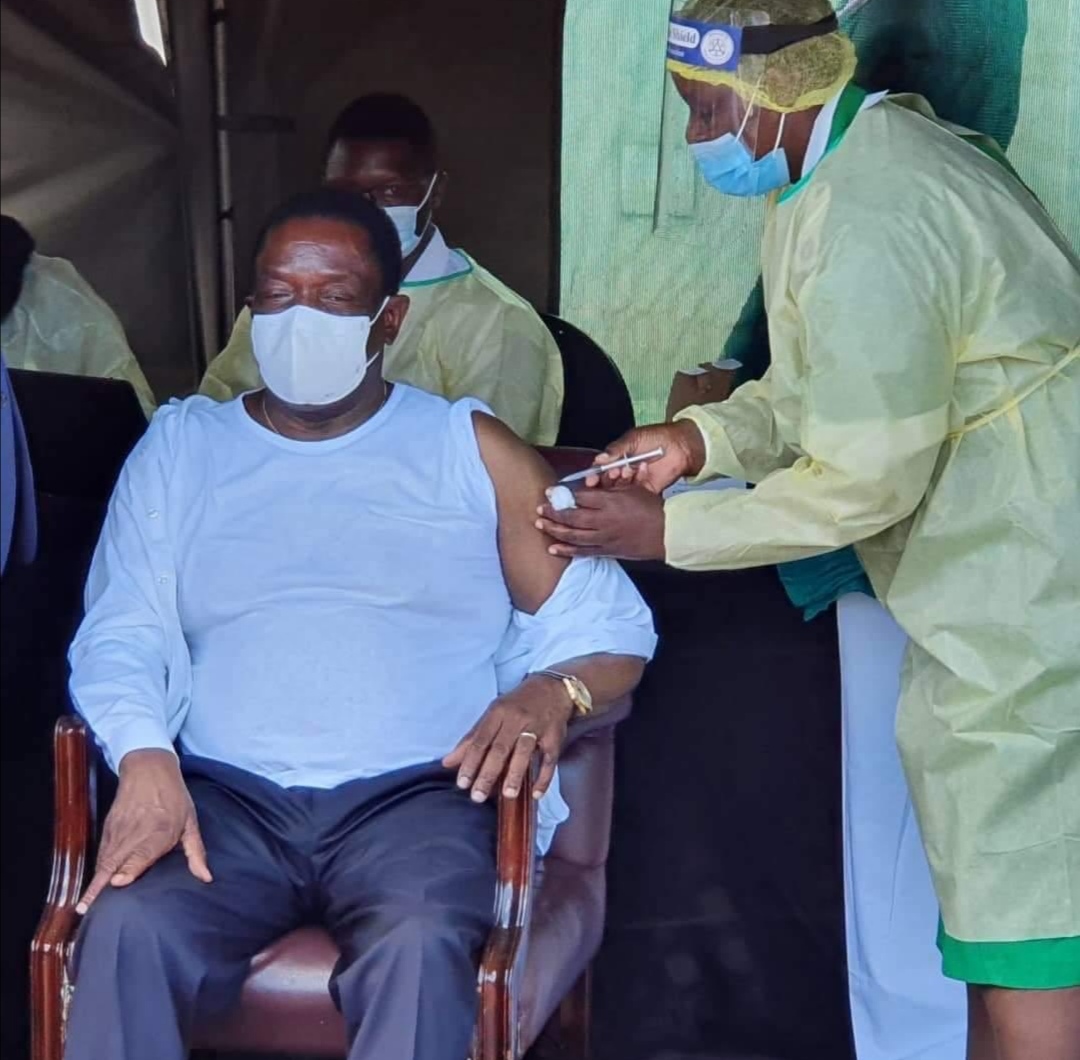 Mnangagwa took the jab in Victoria Falls where he officially launched the second phase of the vaccination programme rolled out by the government.

Members of the Political Actors Dialogue(POLAD) also attended the event in the resort city.

Government said it was targeting Victoria Falls during this phase as one of the top tourist attractions in the country to revive the sector.

“I just received my #COVID19 vaccine! Zimbabweans – the vaccine is safe and effective. I urge you all to get your jab,” wrote  Mnangagwa on Twitter after taking the vaccine.

Zimbabwe officially launched the second phase of the Covid-19 vaccination programme today which targets the elderly, teachers and members of the security services.

The country recently received the second consignment of vaccines from China made up of a batch of 200 000 doses of the Sinopharm donation and another 200 000 of the government procured Sinovac vaccine.

According to the Ministry of Health statistics, at least 44 135 people had received at least one jab as of 23 March 2021.

The government is targeting to vaccinate at least 10 million people in order to achieve herd immunity.

VICTORIA FALLS - President Emmerson Mnangagwa today received his first shot of the Chinese produced Sinovac vaccine. Mnangagwa took the jab in Victoria Falls where he officially launched the second phase of the vaccination programme rolled out by the gover...
Share via
x
More Information