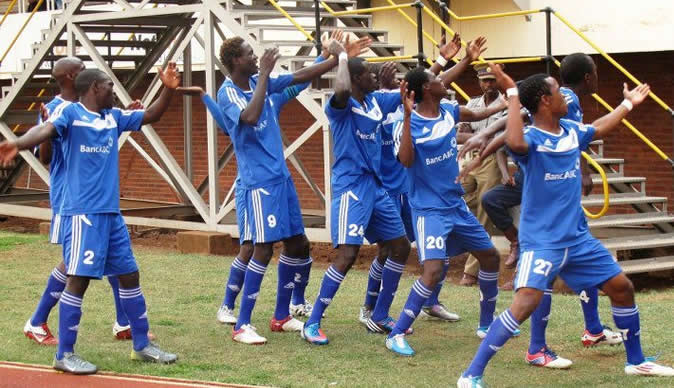 HARARE – A WAR is brewing in the Dynamos camp between management and players, with reports suggesting that the footballers were not happy with their bosses’ reluctance to pay winning bonuses for the matches they played this season.

A source told NewsDay Sport yesterday that players had not been receiving bonuses since the start of the campaign, a development which is said to have severely affected morale in camp.

But the Dynamos top hierarchy has said it doesn’t owe players. The reports say most of the players are yet to receive signing-on fees and already, there is talk that some key players want to leave.

Dynamos have played 14 matches in the Chibuku Super Cup, where they fell at the semi-final stage, and in the Premier League.

The Harare giants lost 1-0 to FC Platinum at the semi-final stage of the biggest cup competition locally, a game that was sandwiched by two league matches — a 1-0 win over Yadah and a 1-0 defeat to Triangle on Sunday.

It has since emerged that all is not well in the DeMbare camp, with a source saying club management had reneged on a promise to pay players US$100 each for every win, and US$50 for a draw.

The money was supposed to be paid at the interbank rate, NewsDay Sport heard.

Dynamos recorded eight wins, four draws and a defeat in the Chibuku Super Cup, to add to the two league matches.

“The management pegged US$100 as a winning bonus, paid at the prevailing interbank rate, which is ridiculous considering that our competitors are paying their players as high as US$400 hard cash for a win. One of the clubs rewarded its players US$800 hard cash for winning the Chibuku semi-final,” a source said.

“But that is not the issue. The problem now is that the players have not been getting that money as promised since the start of the season. Players are not happy, and some have intimated that they want to leave.”

However, the source said players had also not been paid their signing-on fees, despite Sakunda Holdings pledging US$60 000 towards that as part of its sponsorship package with the club.

Sakunda in September announced a US$5,3 million three-year sponsorship package for Dynamos and Highlanders.

Part of that money was meant for signing-on fees.

“Only a few vocal players were paid part of their signing-on fees, probably to silence them. We understand that, for some reason, they have not requested the money for signing-on fees from the sponsor,” the source said.

“They probably want to get it at once next year when it has accumulated to US$120 000. But there is a danger that some players’ contracts are expiring at the end of the year and some in January and they could walk away empty-handed.”

Sakunda, which is paying players’ monthly salaries for the two teams, also dangled US$200 000 to a club that wins the league title.

“The club wants us to win the league title, but cannot motivate us, like what our competitors are doing,” a player said.

“We don’t pay winning bonuses for cup games. That has always been the club’s policy even before we came in. The players will get their share from the prize money. They have to play to win the competition and then get their share from there. So if there is anyone going around saying they have not been paid their winning bonus, it’s either that person doesn’t work for Dynamos or is just trying to cause unnecessary confusion,” he said.

“For the record, the club doesn’t owe anyone from the club competitions that we participated in.”

He admitted that the club owed some players signing-on fees, adding that they were in the process of clearing the balance.

“We have our internal arrangements. Some of the things are privy to the club and the employees. The club will still clear the balance when funds are available, and we are in the process of doing that. The players were paid something,” Mupfurutsa added.

Dynamos are due to receive US$25 000 — paid at the interbank rate — for reaching the Chibuku Super Cup semifinals. According to the source, the club will take 60%, while players will be given 40% to share.

HARARE - A WAR is brewing in the Dynamos camp between management and players, with reports suggesting that the footballers were not happy with their bosses’ reluctance to pay winning bonuses for the matches they played this season. A source toldNewsDay S...
Share via
x
More Information
x