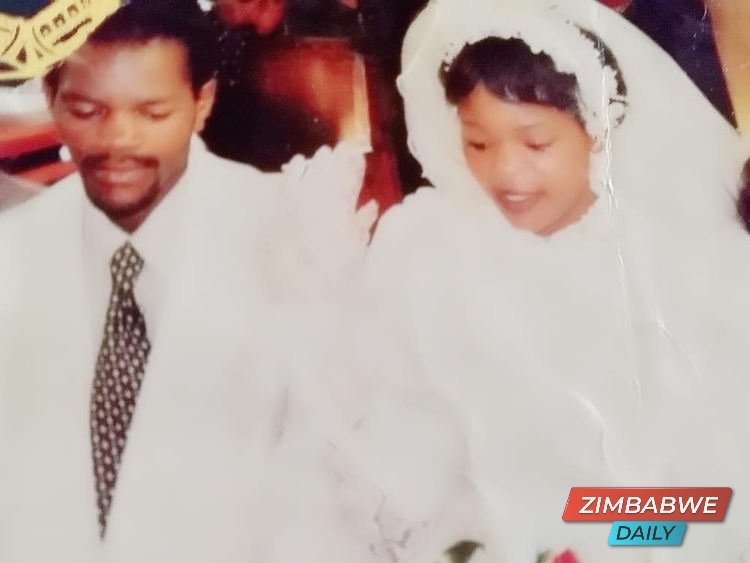 HARARE – The distribution of the late Lazarus Boora’s estate has sparked drama within his family as one of the four wives, Netsai Meki has accused estranged wife Memory Chisinga of plotting against her to ensure she receives nothing from the estate.

Reports have emerged that some of Gringo’s family members are accusing Chisinga of conniving with Gringo’s eldest son, Taurai in the plot against Meki.

Chasinga has two children Tanaka (21) and Terrence (21) with Gringo.

Chisinga although legally married to the late comedian, they had been separated for 17 years at the time of his death.

While Chisinga had been staying in South Africa, Meki was on Gringo’s deathbed when he died.

However, Chisinga has refuted these allegations claiming she is satisfied with her life and does not want any piece of the late Gringo’s estate although they were not formally divorced.

“I have a life here in South Africa. I left Gringo when I was seven months pregnant and my boy is now 17 years old. I don’t want anything to do with his so-called estate. I am happy with what I have.

“I have instructed my relative to send me the marriage certificate to prove to the world but unfortunately the person who knows the whereabouts of the papers is not at home. I left Gringo in 2003 because of his insecurities,” she said.

She went on to warn Meki against soiling her name arguing that if she  wanted to take anything that belonged to Gringo she would have an advantage on the estate as the legally married wife.

“Meki should not drag me in their dirty shenanigans rather she should deal with others. I was done with Gringo, 17 years ago and I don’t need anything. I raised my children single-handedly.

“Why claim his properties now? I don’t have issues with Meki as I have never met her. Remember if I wanted anything to do with the late I would have sued her for adultery damages because I was legally married when she moved in with him, ” added Chisinga.

Chisinga also blasted Meki for the comments she made after it was revealed that the former’s friends Pokello and Jackie Ngarande last year paid for Gringo’s surgery.

“I knew about his illness from day one. My friends Jackie Ngarande and Pokello helped in paying for his surgery last year, but ungrateful Meki had the guts to say (Aah taifunga kuti vabatsira because they love Gringo ndaisatoziva kuti ishamwari dzamai Tanaka) we thought they were assisting because they loved Gringo and didn’t know they were friends with Tanaka’s  mother.”

Gringo’s property was recently moved to his rural home in Rusape where his children were given most of his clothes while everyone has been granted access to the house.

HARARE - The distribution of the late Lazarus Boora's estate has sparked drama within his family as one of the four wives, Netsai Meki has accused estranged wife Memory Chisinga of plotting against her to ensure she receives nothing from the estate. Gring...
Share via
x
More Information