ED should act on ‘devious saboteurs’ in government, and stop constant threats to business 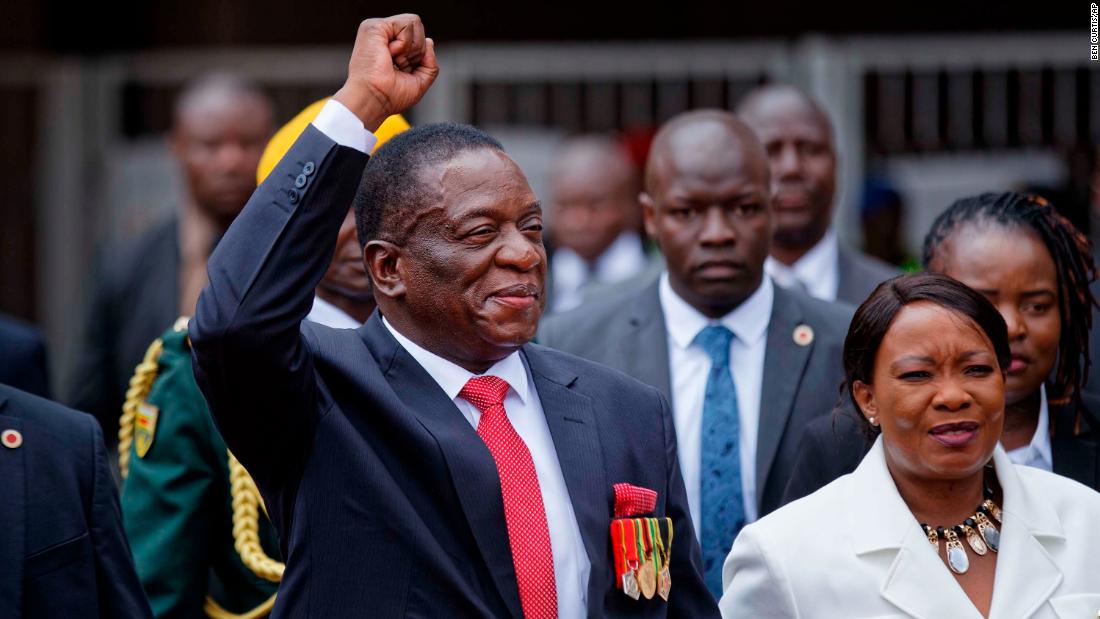 PRESIDENT Emmerson Mnangagwa would like to make us believe that there are some “devious saboteurs” out there who are busy making sure that everything goes wrong in the Zimbabwean economy, conspicuously turning a blind eye to the shenanigans by his own government.

In his latest vitriol against these “devious saboteurs”, Mnangagwa says: “. . . out of the 16 deposit-taking institutions we have in our economy, only five passed the integrity test, with the rest having been involved in activities that ran contrary to terms of their operating licences. Punishments have since been meted out.”

He goes on to say: “Let no one ever think that my administration will flinch from or hesitate to take corrective actions, however drastic. In addition, the size of offenders means nothing to us; we will come for you once you dabble in the unlawful and unethical. No one player is stronger than government or above punishment.”

Well and good that nefarious economic chicanery should never be tolerated, but when the very same President then turns around and threatens those who point out equally damaging monkeyshines by institutions in the very government he leads, then we have a serious challenge.

An immediate case in point is last week’s incident at the Zimbabwe Economic Development conference hosted by the Ministry of Finance in Victoria Falls when Mnangagwa threatened Finance and Economic Development ministry secretary George Guvamatanga with unspecified punishment for saying: “It has come to our realisation that the pricing models in the economy have actually created some of the inflation. And some of the pricing models have, unfortunately, been sabotaged by procurement by government ministries, departments and agencies.”

In response to this very pertinent counsel, Mnangagwa shot back saying: “It is fortunate that what he (Guvamatanga) said has been said in Zimbabwe. Had you said it in China, we would now have candidates for execution. But in Zimbabwe, of course, I as President I don’t believe in the death penalty. We need to find other forces of punishment.”

Honestly, speaking what are people like Guvamatanga supposed to do in the face of such rebuke when they are merely pointing out some of the many ills afflicting our troubled economy? The mere suggestion that Mnangagwa’s government is so infallible and righteous that it should not be criticised is a dangerous proposition, to say the least.

We would have thought that Mnangagwa would have seriously taken Guvamatanga’s concerns for him to be able to tackle the country’s multifaceted economic challenges. It is foolhardy for him to believe that he will win the economic war by being blinkered by the narrative that Zimbabwe’s economy is being attacked by some “devious saboteurs”.

In fact, would it not be prudent for the President to make a follow-up on such pointers by people such as Guvamatanga, who may actually have stumbled upon the root cause of many of our problems because, like gangrene, mischief in government can easily fester throughout the country.

To be more precise, the adage charity begins at home is more apt if Mnagangagwa wished to entertain any hopes of winning the country’s economic battle because his government has already failed the “integrity test” as the Auditor-General’s office has since indicated after exposing serious graft involving government ministries, departments and agencies. Even the Zimbabwe Anti-Corruption Commission has also mourned that corrupt individuals in government are threatening whistleblowers and frustrating its efforts to fight corruption in the country.

So indeed, there are “devious saboteurs” that are actually undoing Mnangagwa’s efforts, and they are right under his nose, in his very own government.

And curiously Mnangagwa is fully aware of this, according to his own admission in his Sunday Mail column. But he appears sheepish  to act.

ED should act on ‘devious saboteurs’ in government, and stop constant threats to business

PRESIDENT Emmerson Mnangagwa would like to make us believe that there are some “devious saboteurs” out there who are busy making sure that everything goes wrong in the Zimbabwean economy, conspicuously turning a blind eye to the shenanigans by his own ...
Share via
x
More Information