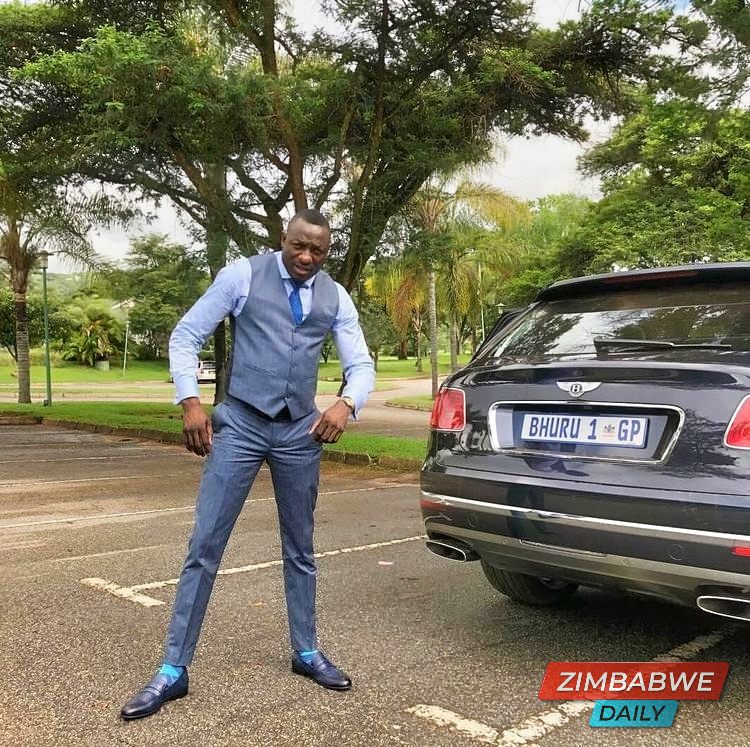 HARARE – SAD events are believed to have taken place before the tragedy that claimed Genius “Ginimbi” Kadungure’s life today.

A sister to Ginimbi’s late mother only identified as Mai Kadungure told a local newspaper that Ginimbi wanted to stay home as he was unwell, but forced himself to attend the party.

“Genius was one person who did not want to disappoint his friends and that forced him to overlook his feelings about leaving Domboshava,” said Mai Kadungure.

“He later decided to leave and I wish if he had followed his conscience we would not be at this horrible scene. “Genius also told me his plans to organise a memorial service for his late mother on the 5th of December this year, but hey zvaramba.

“He will sadly be missed by the family, Domboshava community and his friends in business,” said Gogo Kadungure in tears at the accident scene.
One of the bouncers identified only as Simbi who also attended birthday celebrations for Mitchel Moana, where Ginimbi was coming from, said the police tried to stop the party thrice.

“We have been robbed of a loving and generous man who changed my lifestyle,” said Simbi. “I was among the guests celebrating Mimi’s birthday and on three occasion police raided the place and forced it to close, but the party continued.

“Genius normally leaves the pub around 2am, but this is the first time he left at around 5am. He was visibly drunk and had it not been for the fact that he was not comfortable letting other people drive his car, it was best for him not to drive,” he said.

Travellers in ZUPCO buses, kombis and lorries used their smart phones to capture the scene. Among the people who attended the scene was Marry Mubaiwa, her mother and father as well as Members of Parliament, who included Energy Mutodi and Tino Machakaire.

HARARE - SAD events are believed to have taken place before the tragedy that claimed Genius “Ginimbi” Kadungure’s life today. Unidentified women at one of the many Ginimbi White Parties.. A sister to Ginimbi’s late mother only identified as Mai Kad...
Share via
x
More Information