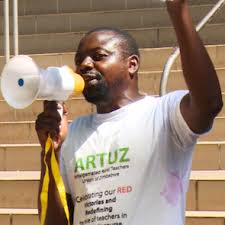 ZIMBABWE – The Amalgamated Rural Teachers Union of Zimbabwe (ARTUZ) has blamed the government’s lack of commitment towards the rural schools for the poor grade seven results which were particularly witnessed among the rural schools.

ARTUZ President, Obert Masaraure said the government acted irresponsibly by allowing examinations to go on when most of the students had lost more than 6 months of learning time due to the pandemic.

“It was highly irresponsible on the part of the government to impose examinations on unprepared learners. It is a fact that these learners lost over six months of formal learning time and when schools closed physically, rural schools had no capacity to move on to remote learning because the facilities are simply not there in the rural communities.

“And Zimbabwe itself does not have a policy on remote learning. So at the end of the day, these learners after spending over 6 months at home doing nothing, being idle, they were rushed into an exam room against our advice,” said Masaraure.

Masaraure said they had advised the authorities to postpone the exams to later dates to allow students to fully prepare.

He also said the examination body, Zimbabwe School Examination Council (ZIMSEC) was not ready for the exams itself.

“The exams were run chaotically and we suspect  some of the chaos contributed to the poor pass rates that we have witnessed,” he said

Masaraure said while these were realities that came with the Covid-19 pandemic, rural schools had always suffered from neglect and underfunding which has resulted in dilapidated infrastructure with some learning under trees.

He said while his union has advocated for equalisation in terms of funding for schools, the government has shown no interest

“Such a fund would help us to construct libraries, laboratories, get internet connectivity, electricity in our rural schools. Things that are not available at the moment. So our government has ignored this call, this is not a call from ARTUZ only. It is part of the recommendations from the Nziramasanga Commission Report of 2000,” he added.

ARTUZ president also dismissed the allegations by Presidential Spokesperson George Charamba, who accused the teachers of playing politics with student’s lives and of being MDC Alliance activists.

Masaraura said these were unfounded claims by someone desperate to be heard.

He urged the government to incentivise rural teachers by allocating attractive allowances so that teachers remain committed to staying and teaching in those areas.

The country was recently alarmed when Grade 7 results came out showing a number of schools recording zero percent pass rates.

Matabeleland province was the most affected.

ZIMBABWE - The Amalgamated Rural Teachers Union of Zimbabwe (ARTUZ) has blamed the government's lack of commitment towards the rural schools for the poor grade seven results which were particularly witnessed among the rural schools. ARTUZ President, Obert...
Share via
x
More Information
x