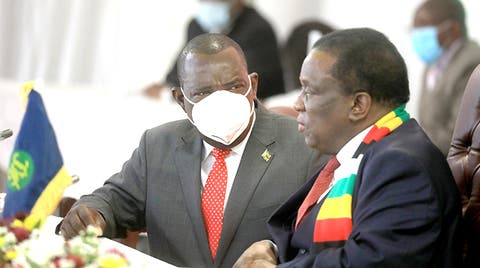 HARARE – The United Kingdom, United States of America and Netherlands have called on the Zimbabwean government to hold those responsible for serious human rights violations during January 2019 demonstrations accountable.

It is reported that at least 17 people were reportedly killed, 8 women raped while several others were wounded as the security forces brutally responded to the nationwide protests that were sparked a massive fuel price hike announced by President Emmerson Mnangagwa on national television.

“A crackdown by security forces against protests in January 2019 resulted in the deaths of 17 Zimbabweans. Two years on we continue to call for accountability and on the government to enact political and economic reforms that will benefit all Zimbabweans,” wrote the UK embassy in their official Twitter handle.

Writing on the same issue, the USA embassy said “Two years. When will Zimbabwe investigate, prosecute, and convict government security forces accused of rape, torture, and killing civilians in January 2019? Two years is too long to seek justice/answers/accountability.”

“It is 2 years since 17 people were killed and at least 8 women raped in #Zimbabwe following protests. The victims and their families still wait for answers,” wrote the Dutch Embassy.

HARARE - The United Kingdom, United States of America and Netherlands have called on the Zimbabwean government to hold those responsible for serious human rights violations during January 2019 demonstrations accountable. It is reported that at least 17 peo...
Share via
x
More Information