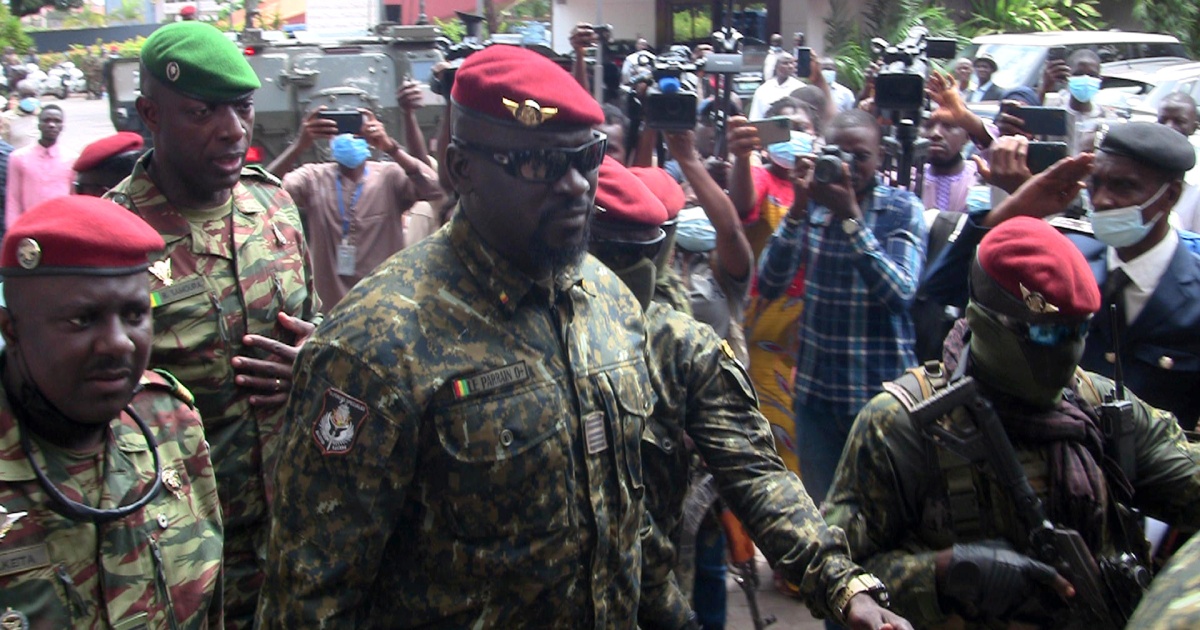 GUINEA – Transitional president of Guinea, Mamady Doumbouya has reiterated his vision of a successful transition to his various ministers. He said this during the first meeting of Ministers under the CNRD which took place on Thursday, November 18.

At the meeting, the newly appointed transitional prime minister, Mohamed Beavogui said the transition will be done in a “limited time” and this to prepare the foundations for a better Guinea of tomorrow.

“We have just completed our first meeting of ministers. On this occasion, the President of the Republic, Colonel Mamady Doumbouya reminded us of the vision of the transition, he urged us to unity, to work, to the spirit of sacrifice, to self-sacrifice so that finally we give Guinea the place it deserves in the concert of nations” explained Mohamed Beavogui.

For the Prime Minister, the improvement of the functioning of the administration, the construction of an efficient judiciary and the reform of the economy are the urgent projects that await them. In addition, he said he is aware that his government is not a government of development but of “transformation”.

“We must not just think of ourselves, but of the millions of Guineans who suffer. If we want to help our country, it requires an individual and collective sacrifice. Let Guinea be in the end a country of happiness for its children, a country where they find the solutions to their problems, a country of unity and that speak in one place in region or ethnicity. Also, a country where all Guineans who have only one flag, only one passport which corresponds only to the nation, only to the fatherland, are together united in a fair, transparent and prosperous state”, said Mohamed Beavogui.

Mamady Doumbouya became Guineas transitional president in October this year after leading a coup on September 5 coup which saw the overthrow of 83-year-old President Conde.

Conde was the first democratically elected president in 2010 and was re-elected in 2015. He pushed through a controversial new constitution that allowed him to run for a third term in October 2020 which caused chaos in the country

The resurgence of political violence

GUINEA - Transitional president of Guinea, Mamady Doumbouya has reiterated his vision of a successful transition to his various ministers. He said this during the first meeting of Ministers under the CNRD which took place on Thursday, November 18. At the m...
Share via
x
More Information
x