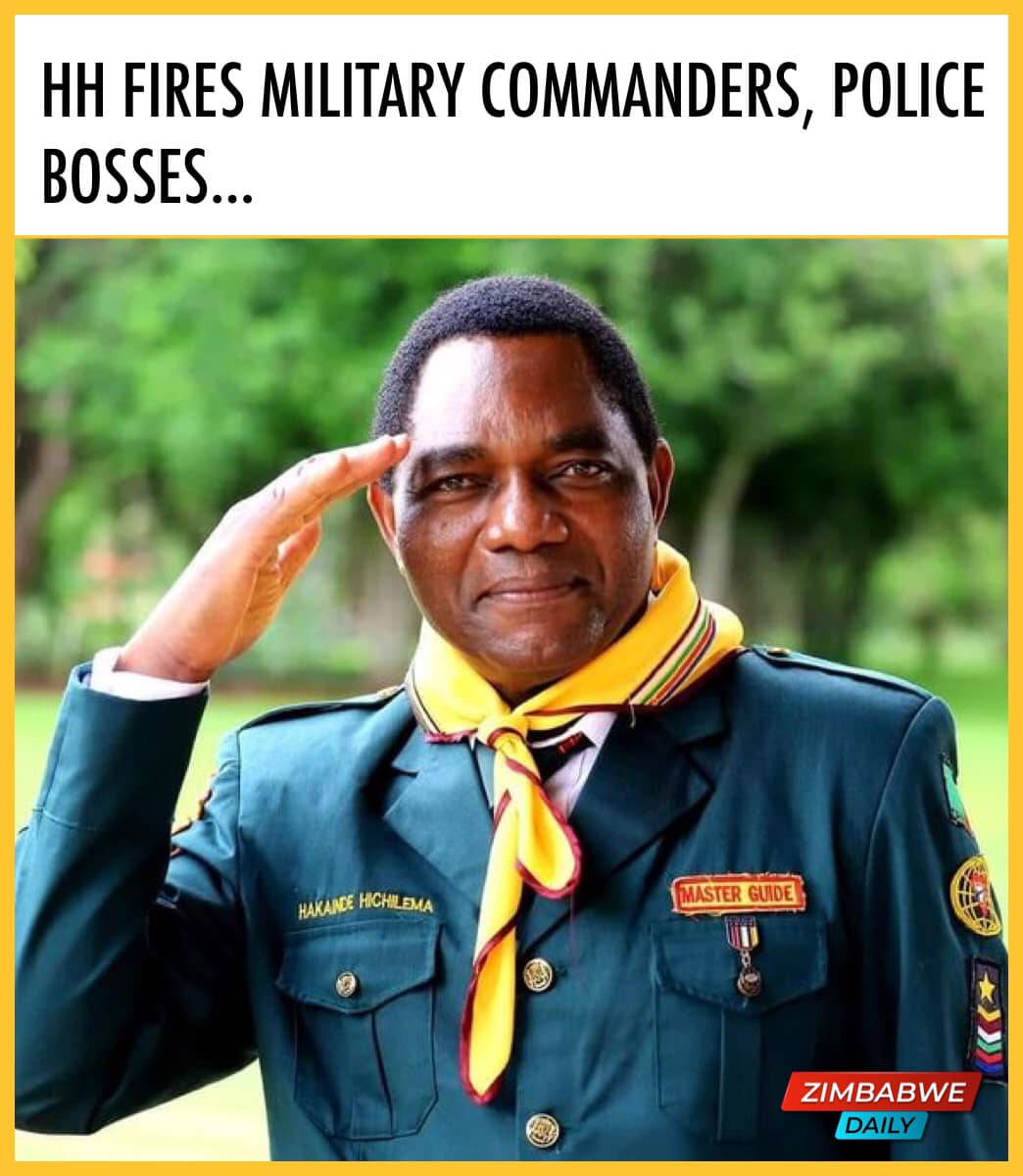 ZAMBIA – New security service chiefs in Zambia today took their oath of office, pledging their loyalty to the national constitution of their country.

In reorganizing the police service, President Hichilema fired all police commissioners to avoid a clash with the new IG.

President Hichilema elevated Jeffrey Zyeele to the rank of Major General and appointed him as Deputy Army Commander.

For Zambia Air Force (ZAF), President Hichilema elevated Collin Barry to the rank of Lt. Gen. and appointed him ZAF Commander taking over from Lt. Gen. David Muma (Rtd.) who will be redeployed in a different capacity.

The Commander in Chief of the Zambia Defence Force has further elevated Oscar Nyoni to the rank of Major General and appointed him as Deputy ZAF Commander.

The new ZNS Chief will be deputised by Major General Reuben Mwewa.

For Zambia Police Service, the Head of State has appointed Lemmy Kajoba as Inspector General taking over from Kakoma Kanganja who has been relieved of his duties with immediate effect.