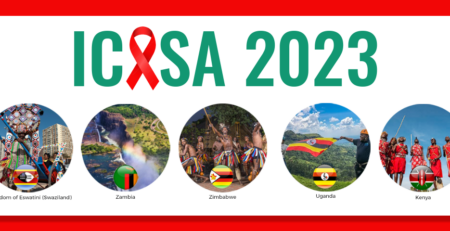 HARARE – The country’s bid to host the 22nd edition of the International Conference on AIDS and Sexually Transmitted Infections in Africa (ICASA) conference in Victoria Falls next year is likely to succeed after securing government approval in line with the Society for Aids in Africa requirements, government has said.

ICASA demands that government of countries intending to host the conference must approve the bid before it can be formally accepted.

“The nation is being informed that Zimbabwe is one of the two countries that qualified for pre-selection to host the ICASA 2023 Conference,” Mutsvangwa said.

Kenya is also seeking the green light  after meeting the selection criterion alongside Zimbabwe.

An ICASA delegation headed by Society for Aids in Africa Executive Director, Dr. Luc Armand Bodea, said they were impressed by Zimbabwe’s readiness to host the conference and expressed confidence the Southern African country will win the bid.

Zimbabwe has previously hosted the 2015 ICASA conference as well as the United Nations World Tourism Organisation (UNWTO) in Victoria Falls.

Cabinet said hosting ICASA provided the nation with an opportunity to showcase the milestones it has reached in handling and mitigating the transmission of AIDS and STIs.

Zimbabwe has seen a decrease in HIV-related deaths as a result of several interventions including ARV roll out and information dissemination.

According to the second Zimbabwe Population-based HIV Impact Assessment survey (ZIMPHIA 2020), the country’s HIV policies and programmes have contributed to increased access to treatment and viral load suppression among adults living with HIV.

ICASA will attract an estimated 10 000 delegates from all over the world and present the country a huge platform to market Zimbabwe as a centre of excellence in research and training in HIV/AIDS and TB, and as a safe tourist destination.

Zimbabwe made over US$1 million profit when it hosted the ICASA Conference in 2015.

Over a thousand direct and indirect jobs are expected to be created in the hospitality, transport and security services before and during the conference should Zimbabwe’s bid succeed.

By Simba-Lyn Chidavaenzi HARARE - The country’s bid to host the 22nd edition of the International Conference on AIDS and Sexually Transmitted Infections in Africa (ICASA) conference in Victoria Falls next year is likely to succeed after securing governme...
Share via
x
More Information