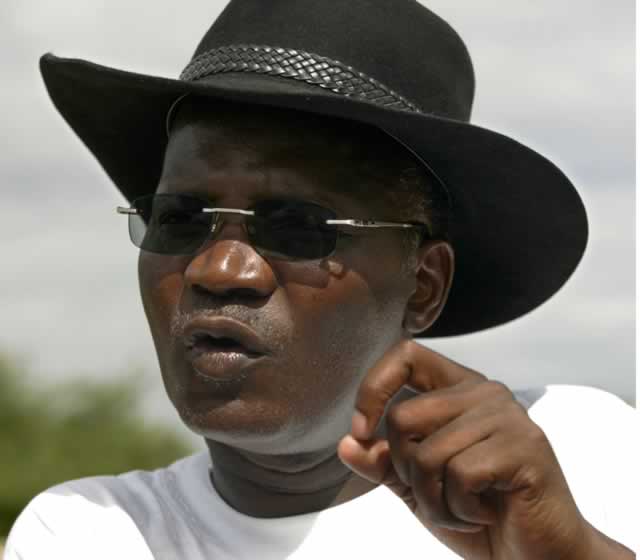 HARARE – Former minister and MP Jonathan Moyo has sarcastically yet robustly dismissed a belated reaction by the Zimbabwe Electoral Commission (Zec) to his book on election fraud and rigging in the country, which the electoral body says contains “unfounded allegations”.

Responding to Zec’s rebuttal of his ground-breaking monograph, Excelgate: How Zimbabwe’s 2018 Presidential Election Was Stolen, Moyo said the electoral body has been slow and incompetent in dealing with revelations of ballot fraud in his book, although it is always quick and efficient in rigging elections.

“While Zec is quick to rig elections, they apparently take years to respond to damaging exposure of their rigging. Priscilla Chigumba, the Zec chairperson, was one of the first people, outside the publisher’s team, to get a copy of Excelgate and I know for a fact that she and her officials read it,” Moyo said.

“Yet they are only responding 18 months later after being caught with their pants down following unassailable disclosures of the names of key securocrats, including the (Central Intelligence Organisation) CIO’s Mavis Matsanga and Zimbabwe Defence Force (ZDF)’s retired Major Chivasa, who oversaw and supervised the Zec operations and logistics that enabled Emmerson Mnangagwa to steal the 2018 presidential election from (main opposition MDC Alliance leader) Nelson Chamisa.

“It is idle for Zec to use the Constitutional Court (ConCourt) case as a finger to hide behind. That ConCourt case was a charade because it was an extension of the rigging process. Luke Malaba (the Chief Justice whose tenure has been ruled to have ended on 15 May by the High Court) was a key player in the rigging, not a neutral arbitrator or judge. All this and more is documented in Excelgate.”

Prior to Moyo’s response, Zec had said that the book contained “unfounded allegations” in its first public reaction to the disclosures that have further tainted Mnangagwa’s disputed wafer-thin victory.

“We have seen some damaging allegations against the commission in a book called Excelgate by Prof. J Moyo. Take note that the election was conducted in 2018 and aggrieved parties followed the constitutionally laid down procedures to challenge the election,” Zec said.

“The Constitutional Court made a definitive ruling which concluded the matter. The commission will not be drawn into any brawls on issues that have been concluded by the country’s highest court.

“The commission is busy with important work of stakeholder consultations on how to map 2023 election delimitation and will not be distracted from its constitutional mandate by unfounded allegations.”

Moyo, a professor of politics, says in his book that Chamisa was robbed of clear victory by Mnangagwa who was helped to rig the poll by the security establishment and Zec.

After taking over the control of the state and its institutions, ZDF, in a bid to protect and consolidate the gains of the 2017 military coup, brazenly commandeered the machinery of Zec, particularly its computer network server, corrupted its internal system as well as logistics and illegally changed the route and destination for the collation, compilation and transmission of the result of the 2018 presidential election, for purposes of rigging the poll in favour of Mnangagwa, whom it had earlier imposed as President of Zimbabwe on 24 November 2017 following the removal of the then president Robert Mugabe, Moyo says.

HARARE - Former minister and MP Jonathan Moyo has sarcastically yet robustly dismissed a belated reaction by the Zimbabwe Electoral Commission (Zec) to his book on election fraud and rigging in the country, which the electoral body says contains “unfound...
Share via
x
More Information