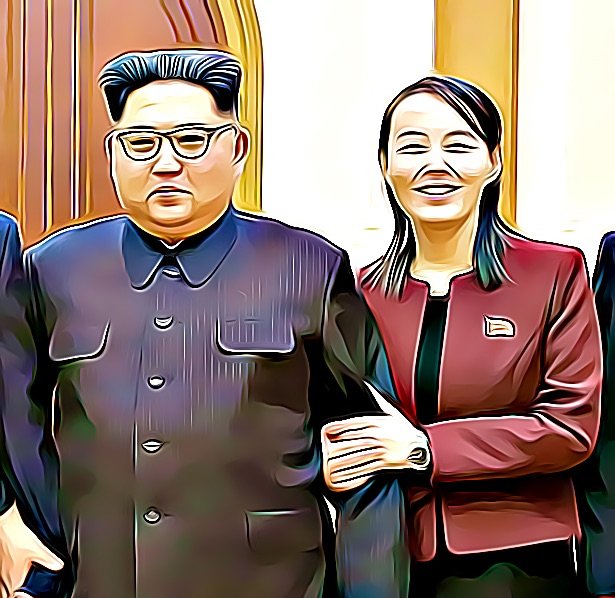 The former aide to South Korea’s late president Kim Dae-jung said the paranoid leader is in a comatose state days after he handed over some powers to his younger sister.

North Korean dictator Kim Jong-un is claimed to be in a coma which “could spell disaster for the country”.

The former aide to South Korea’s late president Kim Dae-jung made the claim about the leader days after he handed over some powers to his younger sister.

Chang Song-min told South Korean media: “I assess him to be in a coma, but his life has not ended.

“A complete succession structure has not been formed, so Kim Yo-jong is being brought to the fore as the vacuum cannot be maintained for a prolonged period”, he told South Korean media.

A few days ago the National Intelligence Service (NIS) announced Jong-un will still “exert absolute power” but he will gradually transfer his authority to Kim Yo-jong “to ease stress”.

The paranoid dictator, said to be aged around 36, has only been seen a handful of times this year which has fuelled speculation that he could have died.

It was thought that a “botched” heart operation to fit a stent had either left him gravely ill or killed him.

However the death rumours were quashed when he was seen at a fertiliser factory’s opening ceremony in Suchon, 30 miles north of the country’s capital Pyongyang.

But if Jong-un is no longer in a position to lead the rogue state, it could spell disaster for its people, it is claimed.

Chris Mikul, who penned ‘My Favourite Dictators’ last year, said Jong-un may be the “most benevolent” leader to rule the hermit kingdom – despite being a “brutal dictator”.

He said this is because the despot developed a love for video games and basketball when he studied in Switzerland alongside international students which meant he has become “completely westernised”.

This means he is one of the more stable leaders under the regime as Jong-un has shown “some concern for welfare”.

This includes him putting on free concerts for citizens – including one featuring Disney characters. (See Mirror for more)