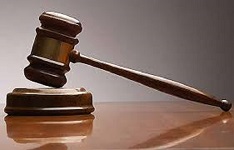 Isaac Chitondo pleaded not guilty when he appeared before Mbare magistrate Gladys Moyo charged with unlawful possession of dangerous drugs.

Chitondo will be back in court on December 31 for trial.

It is alleged that Chitondo was a well-known drug dealer in Budiriro 5 till the police got to know of his reputation and operating spots.

On December 14 the police went and watched Chitondo from a distance and saw him selling drugs to certain individual.

The state heard it that two police officers had went for the assignment so the other police officer assigned his colleague to stay behind and watch from a distance while he went to arrest Chitondo.

When he realised a police officer was approaching his direction Chitondo is said to have ran away.

The police officer chased him and caught him leading to the recovery of 50 grams which had been packed in six small sachets of mbanje and a 100mls of broncleer.

The police officer then arrested Chitondo.

Husband and wife clashed in court

A Budriro 5 man has been arrested for allegedly dealing in dangerous drugs after he was found in possession of 50 grams of mbanje Isaac Chitondo pleaded not guilty when he appeared before Mbare magistrate Gladys Moyo charged with unlawful possession of dan...
Share via
x
More Information
x