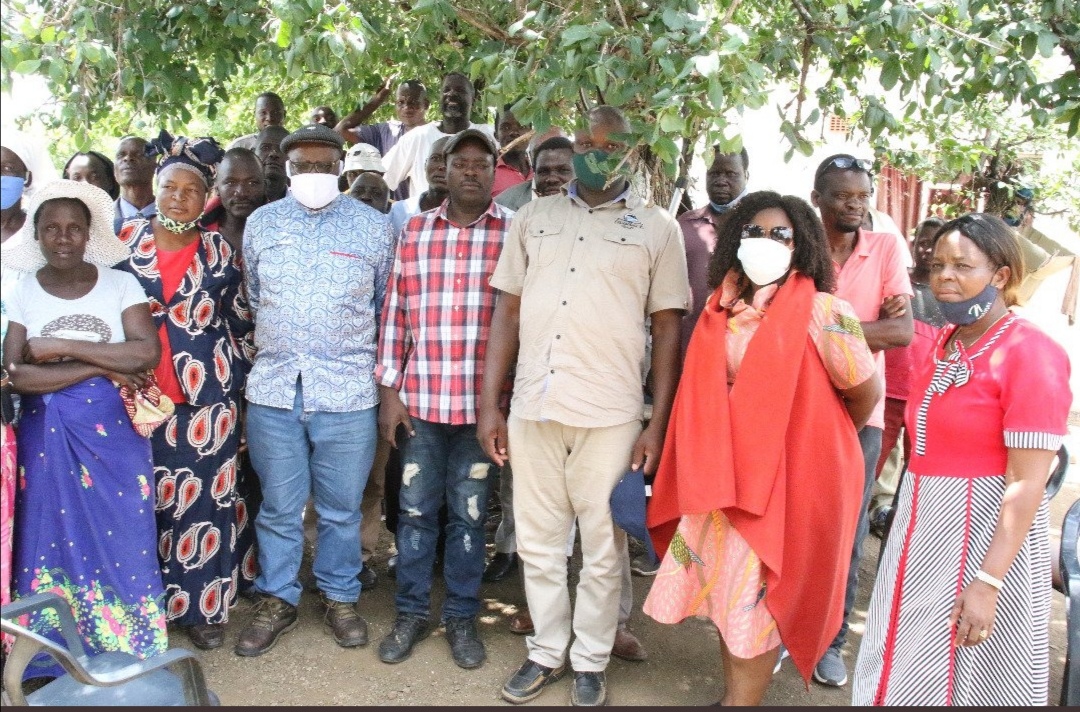 CHILONGA – Opposition MDC Alliance leadership visited the Chilonga community to assess the situation amid the potential forced evictions of more than 12 000 villagers in the area to pave the way for Dendairy’s lucerne project.

According to the party, MDC Alliance Vice President Tendai Biti committed to challenging the eviction in the parliament and the courts.

“A team of our senior leadership went to Chilonga to assess the state of the regime’s imminent forcible eviction of 12500 people from their ancestral land. @BitiTendai, @ChibayaMdc, @BvondoChidziva, @gladyshlatywayo & Hon. Mugidho engaged traditional leaders & the community.

“Vice President @BitiTendai made a commitment to move a motion in Parliament and as well challenge the unconstitutional eviction in court,” said the party on their official Twitter platform.

Recently, the government gazetted Statutory Instrument 50/2021 which ordered the immediate eviction of more than 12 000 Chilonga villagers for the setting up of the grass project.

Dendairy is said to be eying approximately 10 000 hectares of land in the area for the project earmarked for both the local and international markets.

So far, a Masvingo magistrate has granted an interim order barring the evictions.

CHILONGA - Opposition MDC Alliance leadership visited the Chilonga community to assess the situation amid the potential forced evictions of more than 12 000 villagers in the area to pave the way for Dendairy's lucerne project. According to the party, MDC ...
Share via
x
More Information