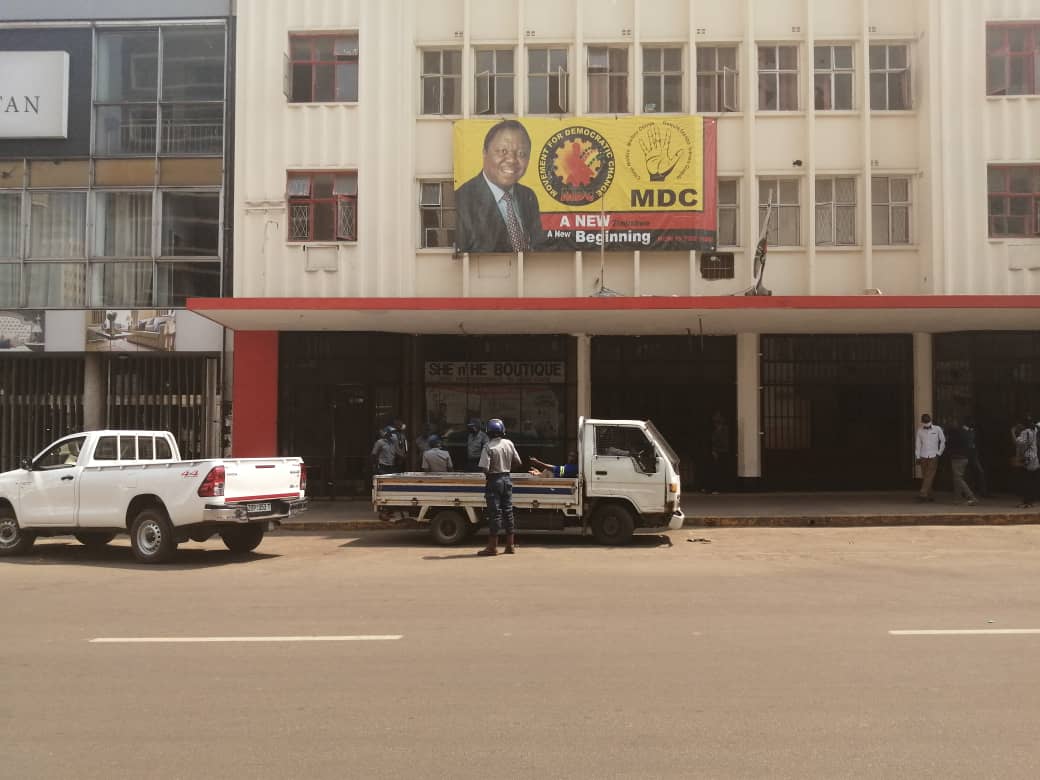 HARARE – The MDC-T Youth Chairperson for Harare, Paul Gorekore has issued a statement saying he welcomes the application order for all members of the MDC-T to have access to the party’s headquarters, Harvest House.

Gorekore on Sunday night led a group of youths and took over the party offices in a bid to bring all the parties to the table to resolve the internal fights that have been happening since 2018.

This follows the occupation of the building by the Khuphe led MDC-T back in June with the assistance of a court order and security forces which resulted in the eviction of the MDC-Alliance led by Nelson Chamisa from the premises.

The Youth leader in an earlier statement said the reoccupation of MRT House was to protect the democratic movement which was under threat from Zanu-Pf which had infiltrated the party to destroy it.

So far there has been a stand off between the youths and the Zimbabwe Republic Police with the latter failing to access the building for two days now.

*READ THE FULL STATEMENT BELOW:

I have seen an application order for MDC-T members to be allowed to access the Harvest House.

As the MDC-T is the Applicant in this matter, I am glad that all members of the MDC-T have been allowed to use the building.

We have always had a situation where some individuals were making themselves MDC-T & we are not going to allow that ever again.

MDC-T is thousands of leaders & members including me. I together with 2014 Structures of Harare Province we make it clear that all MDC-T members & leaders are allowed undisturbed use of the building (Morgan Tsvangirai House) .

The entire leadership of MDC-T 2014 structures can also come if they want to work. The MDC-T is not going to give the building to an individual because the court order says the building must be given to MDC-T.

HARARE - The MDC-T Youth Chairperson for Harare, Paul Gorekore has issued a statement saying he welcomes the application order for all members of the MDC-T to have access to the party's headquarters, Harvest House. Gorekore on Sunday night led a group of ...
Share via
x
More Information