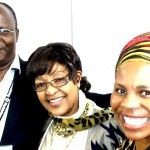 “It’s shocking that a newspaper of record would go out of its way and take a clear statement and put it out of context in the hope of not just smearing the First Lady but making money and taking people for a ride in the process,” said Prof Moyo.

‘’That was a deliberate if not childish misinterpretation of Muchinguri’s otherwise straightforward statement that the First Lady said the President was reading her drafts and commenting on them.

‘’It is common practice for any writer, including in the media, to ask colleagues, siblings, spouses or friends to comment on their drafts. Those comments are always intended to improve the work and not to pass or fail it. This kind of ‘marking’ is so common as not to deserve the status of breaking news,” Prof Moyo said.

‘’It involves giving comments and not marks or points or grades. Actually even supervisors of PhD students, which I have been on occasions too many to count, give comments and not marks. Only internal and external examiners of PhD students give marks which are not comments but are points or grades to determine whether one has passed or failed.” Prof Moyo said any suggestions therefore that President Mugabe marked Amai Mugabe’s PhD do not make sense.

‘’Any suggestion that President Mugabe was a UZ internal or external examiner of the First Lady’s thesis is inherently preposterously and the claim that the President marked the dissertation in the technical sense can only make news on Mars,’’ he said.

The NewsDay and Southern Eye claimed Muchinguri said President Mugabe assisted in marking Amai Mugabe’s chapter thesis at home before she was conferred with a Doctor of Philosophy for a dissertation titled: The Changing Social Structure, the Functions of the Family: The case of children’s homes in Zimbabwe; a topic that was inspired by her philanthropic work in Mazowe and countrywide.

Biti : How to stop Zanu PF