Opinion: Facts On The Ground Show Only A Few Households Will Be Affected 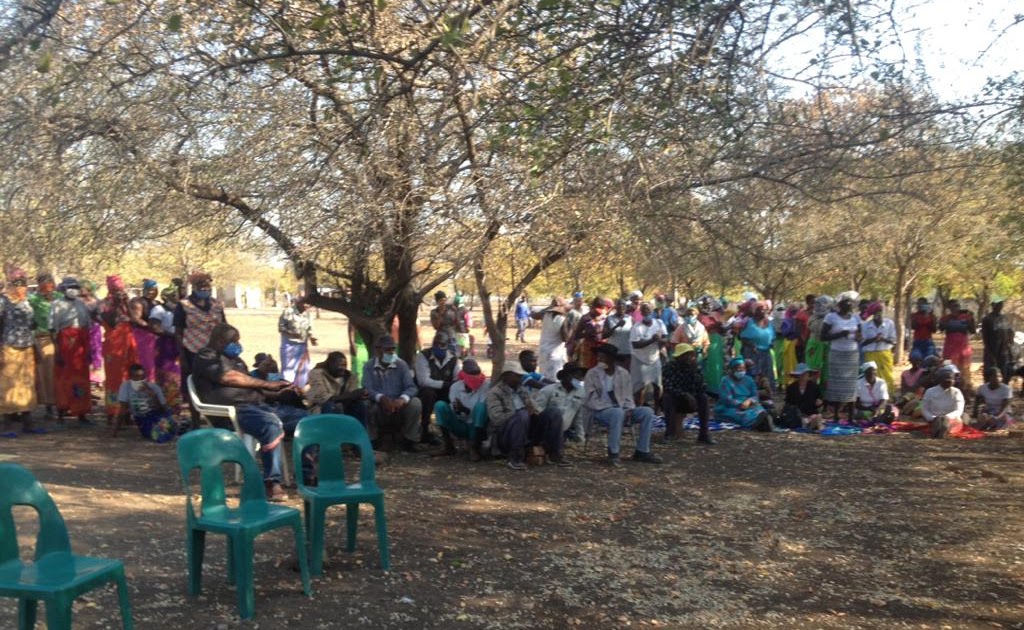 Below is a thread by Presidential Spokesperson George Charamba on his personal Twitter handle @Jamwanda2:

MORE ON CHILONGA IRRIGATION PROJECT: This morning I attended a high-level meeting on Chilonga Irrigation Project following the hue and cry on this terribly misunderstood and much-maligned COMMUNITY IRRIGATION PROJECT which is one of several planned by Government this year on COMMUNAL LAND.

CHILONGA PROJECT runs contemporaneously with BULAWAYO KRAAL already quietly underway; KANYEMBA which is at Land Clearance stage; Gwaai/Shangani which is still on the drawing board as dam construction resumes for completion by year-end, and MAROVANYATI where land clearance continues with targeted establishment of maiden crop this coming winter.

The primary law, Communal Lands Act, does not permit displacement of communities for purposes of establishing a crop. What it provides for is REORGANIZATION and RE-PLANNING of communal human settlements to allow for IRRIGATED LAND USE!!

This is central to understanding what is set to happen in all the projects itemized above. And REORGANIZATION and/or RE-PLANNING is not the same as EVICTION or DISPLACEMENT which, quite apart from not being provided for under the relevant law, IS NOT in accord with GOVERNMENT POLICY.

Both objectives entail REORGANIZATION and RE-PLANNING of affected areas to ensure blocks are arranged for CROPPING, LIVESTOCK, FEEDSTOCK-GROWING and HUMAN SETTLEMENT.

Facts on the ground show very few households stand to be affected by this new thrust, huge swarthes of which land fall within UN-UTILIZED zones. The few households which may be affected only get so affected in the sense of being RE-SITED as already indicated, all at GOVERNMENT EXPENSE and for improved RURAL HOUSING.

The Lucerne Project about which there has been so much noise, supports the NEW, EXPANDED LAND USE BY AND FOR THOSE COMMUNAL RESIDENTS. Should the Programme generate excess FODDER, or decide to embark on COMMERCIAL LUCERNE PRODUCTION as an OUTGROWERS INITIATIVE, those options NEED NOT UNDERMINE TITLE or SECURITY OF TENURE for our COMMUNAL LAND CITIZENS. The above is the POLICY POSITION WHICH THE PRESIDENT HAS DIRECTED.

Different teams and disciplines have been directed to look at all PLANS and INSTRUMENTS – the relevant Statutory Instrument included – to determine compliance with, and fulfilment of, this iron-clad POLICY POSITION.

Should any aspect be seen not to cohere with that strict policy position, the aspect concerned WILL BE CHANGED or, if of a legal nature, AMENDED, to fall in with both POLICY and PRIMARY STATUTE. For the avoidance of doubt, the relevant act does not allow DESIGNATION of COMMUNAL LAND for purposes of GROWING A SPECIFIC CROP/GRASS!

I hope this clarifies the position and allays fears while creating sound climate for execution of this much-needed Programme covering at least three provinces for a start, and likely to be rolled out in all drylands including those in Mashonaland East. I am out!!

Opinion: Facts On The Ground Show Only A Few Households Will Be Affected

By George Charamba Below is a thread by Presidential Spokesperson George Charamba on his personal Twitter handle @Jamwanda2: MORE ON CHILONGA IRRIGATION PROJECT: This morning I attended a high-level meeting on Chilonga Irrigation Project following the hue ...
Share via
x
More Information