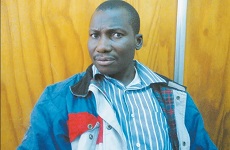 Mr Sithole, who claims to run a scholarship fund named after his father, the late Zanu Ndonga leader Reverend Ndabaningi Sithole, has allegedly been registering the desperate students for the fake scholarship.

GZU director of Information and Publicity Mr Anderson Chipatiso warned students in a statement yesterday against falling prey to the bogus scholarship fund.

Mr Chipatiso said students wishing to access educational assistance under any scholarship fund were supposed to do so through the university administration.

“It has come to Great Zimbabwe University’s attention that there are individuals going around the City of Masvingo promising to facilitate scholarships to underprivileged and vulnerable students upon payment of an application fee,” he said.

“Students are encouraged to verify with the university the registration status of such organisations or trusts before they commit to anything.’’

“We approached GZU asking for a list of students with fees arrears and they never came back to,” he said. “The Ndabaningi Sithole Trust was formed as a way of honouring the good work that my late father did during his lifetime.’’ Mr Sithole defended payment of application fees to access the scholarship fund, saying the money was paid to the bank and not to him personally.  He conceded that the Ndabaningi Sithole Trust was yet to be registered and said he would soon do so.

ZEM was formed early last year, with Mr Sithole declaring himself leader, but up to now the outfit has not yet managed to hold an inaugural congress to elect its leadership whose composition remains a mystery.