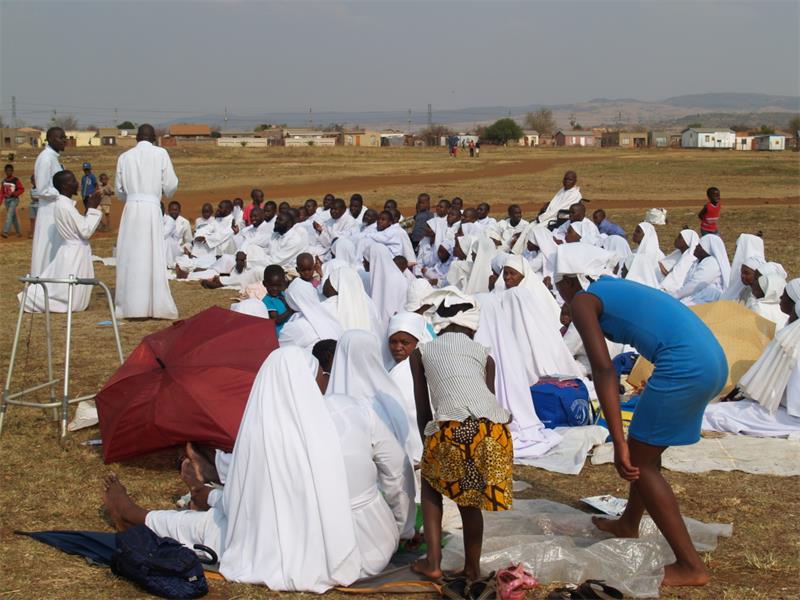 HARARE – A self-confessed prophet is seething with anger after he was reportedly forced to drink a client’s urine during a healing session. Madzibaba Tanya is accusing Madzibaba Steven Muchanyu for using him before duping him of US$5 000 which they had agreed on as his payment.

It is reported that Madzibaba Steven ‘hired’ Tanya to help him heal a client suspected to have come from Zambia seeking help.

The client was reportedly having death dreams, Tanya was requested to help since Steven was unable to solve the problem. All hell broke loose when Steven refused to give Tanya his dues of US$5K as agreed from the US$15K which was charged.

Madzibaba Tanya told H-Metro that he was in pain, he was used and drank urine which is causing some complications to his health.

“Madzibaba Steven looked so desperate when he approached me seeking help. He said he had someone who was coming from Zambia or Botswana not sure who was having problems of pulse beating uncontrollably when driving. “He also said he was having dreams in which every time he dreams of his funeral and wakes up feeling very sick.

“So he begged me to help him heal the person and I accepted his request to which we agreed that I would get USD$5 000 from the USD$15 000 which the client was to pay.

“After five days he told me that the person had arrived but I refused to perform the miracles at his church since he would get the credit,” he said.

“Takawirirana kuti ndomurapira munhu wake since he was unable to and I wanted kuti aitewo mbiri. “I got possessed during the healing process with a spirit which I don’t even understand.

“I was told that the spirit wanted me to drink the client’s urine and it was the same spirit which wanted to kill the client.

“So I drank the urine in which the client got healed, hana yake yakabva yangoti zii kurova fast kwayaiita and he (client) confirmed that he was healed and was grateful.

“I had done a good job and he knew that I was good at healing the problem. I drank his client’s urine just to heal him.

“Ndakatobatwa nemhepo zvekutosvika pakumwa weti yemunhu. Right now I am sick every week. I don’t know if it was real urine because I can’t recall zvandakamwiswa chaizvo when I was possessed. “There are a lot of things which happened on that day.

“I left the place feeling ill and I wanted my USD$5 000 so that ndozvirapisawo, I want to know how this spirit came upon me.

“And why I drank urine, I also want to know why this urine is making me sick,” said Madzibaba Tanya.

The angry Madzibaba Tanya said the money he was given is too little.

“I am a prophet but handikwanise kuzvirapa and each time I visit other churches I am told they are seeing death ahead of me due to the spirit which came upon me.

“I am being told the spirit is of a foreigner and for this I was supposed to be paid.” However, Madzibaba Steven disputed the allegations.

“I have issues with this man. We used to pray together before I left him over his conduct of getting drunk whilst at the shrine.

“He would also sleep with married women in the bushes, so he is trying to tarnish my image so that my church collapses. “He is lying,” he said.

“I am coming to your office, do as you want. I am H-Metro’s client, I want to read what you will write and then take it from there.

Prophet drinks Zambian man’s urine after being promised US$5k, gets possessed by an evil spirit

HARARE - A self-confessed prophet is seething with anger after he was reportedly forced to drink a client’s urine during a healing session. Madzibaba Tanya is accusing Madzibaba Steven Muchanyu for using him before duping him of US$5 000 which they had a...
Share via
x
More Information
x