While the denials by Zanu(PF) and it’s apologists that there is a serious crisis in Zimbabwe are indeed evidence of their madness, don’t forget that lunacy does not preclude planning.

By the time Hitler joined the Deutsche Arbeiterpartei in 1919, he was already a madman, albeit a scheming and calculating one. By 1933, he had methodically eliminated his opponents, and surrounded himself with men and women who would pander to his psychosis, a severe mental disorder all megalomaniacs are afflicted with which is characterized by thoughts and emotions being so impaired that connection is lost with external reality.

One does not need to be a psychiatrist to tell from watching film clips of Adolf Hitler that der Führer was unhinged. History is replete with vital lessons about the grave risks to nations, and even the world, when psychotic leaders are treated as harmless buffoons.

Consider the cost in human lives of Hitler’s madness: World War II was the deadliest military conflict in history. 75 million people, (20 million military personnel and 40 million civilians) perished during the war. Most of the civilian deaths were the result of genocide, massacres, mass-bombings, disease, and starvation.

The psychosis of Zimbabwe’s current leader, much like Robert Mugabe’s before him, is encouraged by those around him who are as disconnected from reality as he is. They would be too many to list here, but include Chiwenga, now Health Minister who believes that “the doctor is a skilled technician, or labourer whose knowledge fits him for an occupation but not a profession.”

They would include Matemadanda, Chinamasa, Mthuli Ncube, Nick Mangwana, Eddie Cross, Monica Mutsvangwa, George Charamba, and the members of the judiciary who allow Mnangagwa’s government to get away with brutalizing Zimbabweans and violating their constitutional rights.

We minimize their culpability by characterizing them as mere helpers instead of the planners and enforcers of our repression that they are. Again, there are many free lessons from history we can choose to ignore at our peril. Hitler was not a harmless buffoon, but equally brutal and dangerous were all those Nazis believers who not only built the war machinery to advance Hitler’s territorial ambitions, but in January 1942 at the Wannsee Conference came up with the Endlösung der Judenfrage, or “the Final Solution to the Jewish Question” to systematically exterminate the Jews.

Another important lesson from history is that psychotic leaders cannot be restrained by appeasement. On the 30th of September 1938
the United Kingdom, France, and Italy concluded the Munich Pact with Germany. That did not stop Germany and Italy from attacking the UK and France. In Britain, the efforts to appease Hitler were supported by big business, the British upper class and even venerable media institutions such as the BBC and The Times.

In November 2017, our own upper class and business community were among the staunchest supporters of a pact with E.D., encouraging Zimbabweans to overlook what we have all always known about him. We are at another critical juncture in the life of our nation, one that requires us to be clear-eyed and resolute. Mnangagwa and his supporters continue to reveal who they are. If the lives of Zimbabweans truly matter to us, we will keep up the pressure on Mnagagwa’s government by refusing to be silenced. We will continue to expose their brutal repression of freedom of expression and association. We will refuse to be silent about their efforts to silence the voices of conscience that are speaking out, the Catholic Bishops, the journalists, ordinary and brave Zimbabweans who are saying enough is enough, and the growing international constituency that is standing with us.

What has their reaction to #July31st and #ZimbabweanLivesMatter demonstrated? Yes, that they are brutal, but also that they are afraid.

Because Zimbabwean lives matter we must make it clear that there is no going back on our demands for the immediate and unconditional release of all political detainees, and for the establishment of a completely non-partisan transitional government that will deliver the comprehensive and fundamental political reforms our country desperately needs.

Is There not a Cause? 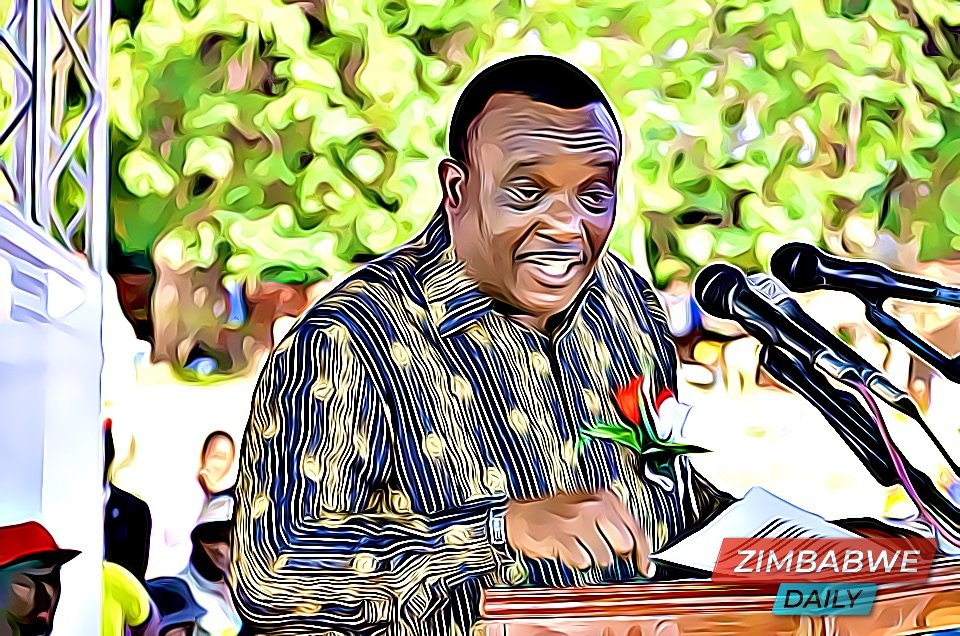 While the denials by Zanu(PF) and it’s apologists that there is a serious crisis in Zimbabwe are indeed evidence of their madness, don’t forget that lunacy does not preclude planning. By the time Hitler joined the Deutsche Arbeiterpartei in 1919, he wa...
Share via
x
More Information
x