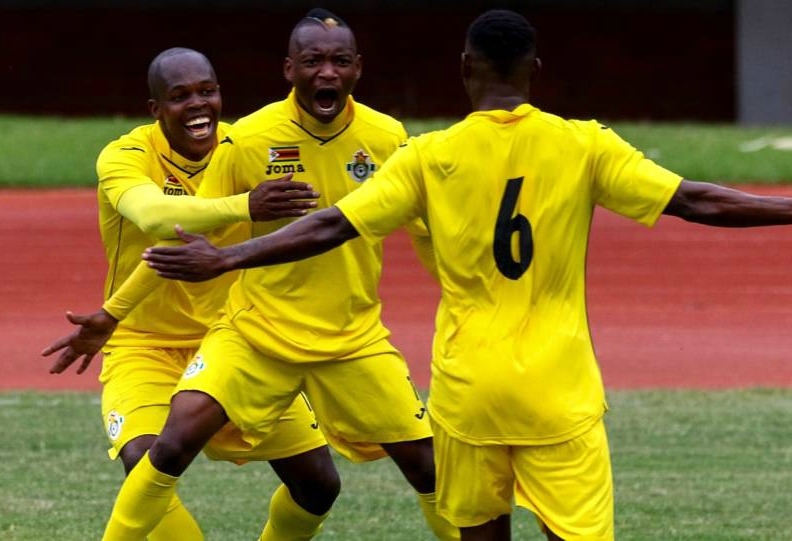 Zimbabwe will be keen to book a ticket for Afcon finals when they play Botswana and Zambia later on this month.

The Warriors have already lost Nakamba due to travel restrictions but are still the favourites going into the qualifiers.

Tino Kadewere has silenced worries after passing fit for his upcoming club game where he will face national team mate Marshall Munetsi.

The French based talents will come as big boosts for the Warriors considering their match fitness as they have been playing every week.

While fan’s favourite talisman Khama Billiat looks unlikely to make it due to injury, it will come as an opportunity to give a run to inform Knox Mutizwa and Prince Dube who have goals in them.

The ability to have players play abroad has become a big factor for the Warriors as they are versed in better playing leagues against some of the best players across the globe hence competition and pressure from the upcoming games will be a thing of the past. Warriors’ gaffer Logarusic is well aware of the demands that come with the job and remains highly positive despite the dismal display at CHAN competitions.

The Chevrons cruised to a well-deserved win in the second test against Afghanistan to spare an innings.

The second test has however brought a high level of cricket for the visitors as they chase a declared total of 545 runs.

The Chevrons started well having seen their opening pair put a partnership of 90 runs which would have come as an incentive to stabilise the ship but quick wickets to lose Captain Sean Williams and Wesley Madhevere have left Zimbabwe with a 0.6% probability of a win.

The match will come as a mental test for the senior players and a moment for the young prospects to assure the Coach’s trust in them.

Tarisai Musakanda has shown maturity and composure of the middle order batsmen thus far in this test and a partnership with seasoned Sikandar Raza will be a motivating factor for Zimbabwe as they chase the total.

The Chevrons will be eyeing a draw to enable a win in the two match test series. The test will also come as a bonus to find replacements for the likes of Brendan Taylor and Christopher Mpofu.

Warriors still favourites for AFCON. Zimbabwe will be keen to book a ticket for Afcon finals when they play Botswana and Zambia later on this month. The Warriors have already lost Nakamba due to travel restrictions but are still the favourites going into t...
Share via
x
More Information
x