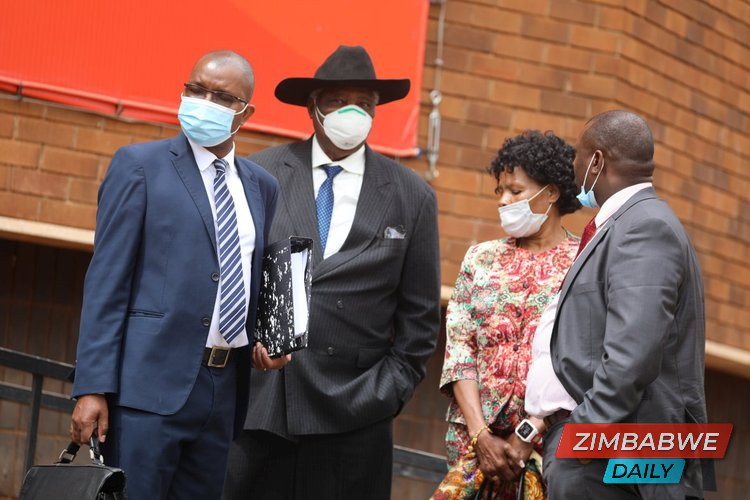 HARARE – The State today sought to bar the media from covering the trial of former Vice President Phelekezela Mphoko on the grounds that evidence likely to be presented would threaten national security.

Presiding magistrate Tranos Utahwashe granted the application and barred the media, and members of the public from the trial, ruling that only Mphoko’s wife and daughter would be allowed to sit through the trial, giving him moral support.

In the application, representing the State, Chief Law Officer Lovett Masuku told the court that they had been furnished with Mphoko’s defence outline and he felt the evidence likely to be presented was a at it would threaten State security.

“Before commencing trial, the State, having been furnished with Mphoko’s defence outline, we are of the view that the proceedings should be heard in camera. The application is premised on Section 3 of the Courts and Adjudication Restrictions Act.

“Evidence likely to be adduced will not be good to the State’s affairs, in other words, will threaten State security. We are aware that criminal trials should be heard in public, but to protect the State’s secrets we pray that the trial proceeds in camera.

“I submit that under Section 3 the court has the discretion to exclude other people during the proceedings. However, the defence indicated that they have a request to make, that is to allow the close family members; that is the wife and daughter to attend the court hearing, but we failed to reach a consensus on that one because yes they are close family members, but they aren’t governed by the Official Secrecy Act hence there’s no guarantee that they will not disclose the information revealed in trial,” he said.

“The State premised their application on Section 3 of the Act and the defence has taken the view that for the purposes of progress will not oppose the application, but will require that the immediate family be allowed. There is merit in the position – based on our willingness to progress to trial and not to drag in technicalities. The right concerned is derived from the Constitution and can only be given away by the accused and he is giving it away conditionally, that is only if his family is allowed,” he said.