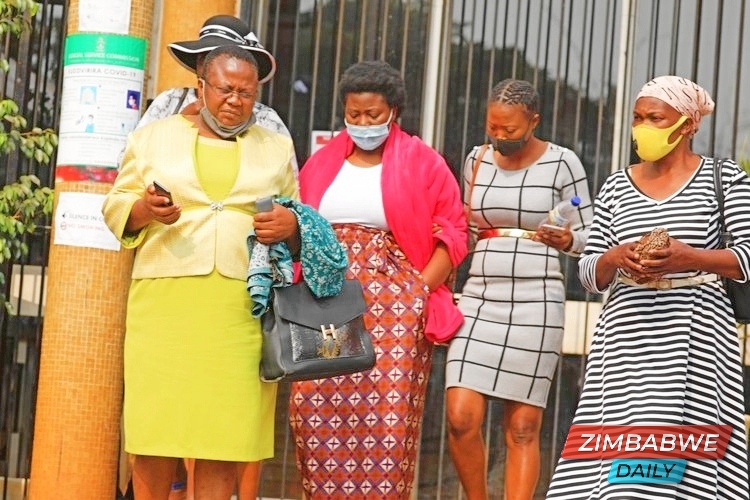 HARARE – MDC-Alliance member of Parliament for Harare West, Joana Mamombe was yesterday dragged from a mental institution to court to cancel a warrant of arrest issued on her.

Mamombe was taken to court after a failed application by Prosecutor Michael Reza to have the court hearing done  at the mental institution.

Magistrate Bianca Makwande questioned Reza’s procedure stating that “as the court, I am bound by law and I have to ask you which law you are using because the accused person defaulted the court yesterday (Tuesday) and the matter was remanded to September 29,so what is the reason to go to hospital?”

Mamombe’s friend Portia Makoni was called to testify on the issue who confirmed that the accused has been suffering from drowsiness, headaches and numbness on one side of her body leading to her being admitted in hospital on September 4.

Psychiatrist, Fungai Mazhandu also brought evidence that she had admitted the accused after she was referred to her by another doctor who had noticed that she was showing psychosomatic issues.

The doctor added that Mamombe was indeed at hospital receiving mental health care and seeing a psychologist as  a result she is unable to follow court proceedings.

“In her current mental state, she is unable to follow court proceedings, part of the disoder she is suffering causes concentration, racing thoughts, thought block sleep difficulties, so Im giving her sleeping pills which have hangover effects, so she is slightly sedated during the day. She is still on medication,” said the psychiatrist.

Makwande ruled that she was convinced that Mamombe was indeed at the hospital hence canceled her warrant of arrest as the accused did not wilful default.

The state tried to invoke the Health Mental Act and to allow the trial to commence so that another doctor can determine the state of Mamombe’s mental health.

However, the defendant was not ready with the response and sought postponement.

Mamombe, Netsai Marova and Cecilia Chimbiri are being accused of communicating false statements prejudicial to the state after they reported that they were abducted and tortured by suspected state agents.