ZIMBABWE – The United Kingdom’s Department for International Development (DFID) has approved new funding of US$ 37 million (£24 million) to support the education sector in Zimbabwe.

The department revealed through an email that the funds will allow the progress made under the Education Development Fund (EDF) to continue. This includes the School Improvement Grants programme, which will focus on providing quality schooling for children in disadvantaged schools in rural areas.

“This will be delivered through the UK’s trusted partner UNICEF and activities will be closely aligned to the priorities of Zimbabwe’s Ministry of Primary and Secondary Education,” reads the email.

Annabel Gerry, Head of DFID Zimbabwe said “This additional funding for education sector in Zimbabwe demonstrates the UK’s continued commitment to ensuring access to quality schooling for all children. Through the School Improvements programme, up to 4 million pupils will benefit from improved lessons and teaching, helping to path the way to a bright future for Zimbabwe’s young people.”

Reza Hossaini, UNICEF Representative said, “As the latest improvements in learning outcomes and pass rates show, the contributions made by DFID and other development partners to education over the last 5 years, as well as resources from the Government, are beginning to bear fruit. The challenge facing Zimbabwe at this critical juncture is to build on these gains by allocating more national resources to the sector, beyond just wages. It is the only guarantee for sustained improvements in the sector.”

The email also states that the EDF aims to improve education in Zimbabwe through better planning, strengthening school monitoring and supervision, improving the quality of teaching and learning and reviewing the curriculum.

Key achievements of the EDF include, and Grants to 5,800 schools, nationwide distribution of textbooks and science kits to all secondary schools, enrolment of 54,000 children in second chance education, provision of equipment to physically and mentally challenged children in all 32 Special Schools and deworming of over 2.7 million children in rural areas.

The email states that the UK has one of the largest bilateral aid programmes in Zimbabwe. In 2015-16, the UK is focusing on strengthening its work on girls and women and increasing economic opportunities for the poorest people.

“The EDF is multi-donor scheme which was established in 2009 to improve the education sector. To date, a total of USD 105 million has been provided by donors including the UK, Germany and the European Union,” reads the email.

The email also states that over in 2014/15, DFID’s support to Zimbabwe was £73 million. DFID Zimbabwe’s key programming priorities for 2015/16 to provide infrastructure, assets, finance, skills and access to markets needed for people to earn enough money to meet their basic needs, improving access to health, water and sanitation, and education; and helping to strengthen democracy and improve the way the economy and public finances are managed by the Government of Zimbabwe to support both economic development and poverty reduction

“DFID uses its technical expertise and strong partnerships with other development partners from the European Union and elsewhere to deliver an effective aid programme for the benefit of the poorest people of Zimbabwe. No UK aid goes directly through GoZ systems. UK aid is instead channeled through multilateral institutions such as United Nations Agencies, as well as international Non-Governmental Organisations and the private sector,” the email states. 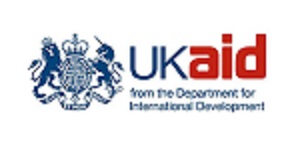 ZIMBABWE - The United Kingdom's Department for International Development (DFID) has approved new funding of US$ 37 million (£24 million) to support the education sector in Zimbabwe. The department revealed through an email that the funds will allow the p...
Share via
x
More Information
x