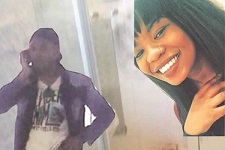 ZIMBABWE – If you gaze into the Abyss, the Abyss gazes into you. He who fights with monsters should see to it that he does not become a monster himself!

Online reports say Zanele was found dead in the tub, with an injury on the forehead, bleeding from the nose, while some amounts of blood were discovered on the floor. The cause of her death is still unknown, and Police in South Africa are said to be looking for two men in connection with the death.

Whilst Zanele’s death is indeed shocking and untimely, the reaction of several Zimbabweans to her demise has been way more shocking as to be revolting, mind boggling if not mind blowing.

Professor Jonathan Moyo has more enemies than friends in Zimbabwe’s social, political and even economic circles. He is extremely provocative, fire brand, and ever willing to remove his gloves and engage in bare knuckle brawling with anyone, anywhere, anytime, and especially on social media.

Zimbabwe perpetually sits on the gates of hell, starving, burning, and condemned. Empty stomachs and darkness are a constant reality that the majority of us confront each night. The country is in decline, and headed for doom.

That is the fault of Professor Jonathan Moyo, his Zanu PF Party, and indeed the current government. Moyo, by virtue of being the then Information Minister played the role of spin-doctor; tasked with the unenviable task of defending the indefensible, ‘breaking falls’ in literal sense.

He is ever accessible on Twitter and that has made him the face of the country, and the problems too. It has also made him the easiest ‘vent your frustrations point’, and Zimbabweans are very frustrated.

In 2005, after he was chucked out of government, Moyo motioned Gukurahundi back into parliament. Now he has returned into the good books of the principal. His ticket on the gravy train returned, he has changed his stance and Gukurahundi is no longer a genocide, but a civil war. Several of those who had sympathized with him in 2005 feel betrayed, and they are not only frustrated but angry.

A few months ago he ‘insulted’ Prophet Makandiwa, and the prosperity gospel movement. Only idiots would believe such nonsense (miracles, and Makandiwa) the Professor inflammatorily said. As such, the near million adherents of the prosperity movement were and are incensed.

Probably the biggest and most symbolic event, and one that is related to the shocking reaction of Zimbabwe to Moyo’s loss was his reaction to the abduction of Human Rights Activist, Itai Dzamara 7 months ago.

Professor has simply said too much, too many times to recap here, but in a nutshell, he has demonstrated immense insensitivity to the plight of the missing activist. His attitude towards the whole matter has been that, people go missing all the time, and Dzamara is not worth the time, effort, and clamor.

Pictures of Itai’s fatherless toddlers, or his ever crying and evidently heartbroken widow have not moved Moyo. He has expressed no sympathy, or willingness to even join in the call for the safe return, or at the very least a truthful revelation from those responsible for his kidnapping.

Like George Charamba, the sentiments have been devastating in the simplicity of their implication – Dzamara is missing, so what, who cares?

He made fun of Dzamara’s disappearance, and now people are making fun of his tragedy. It seems murder most foul is now ‘fair game’ in Zimbabwe. Especially now that it has proven that death is not political, and tragedy is not choosy, Zimbabweans in leaps and bounds have taken time to giggle, mock and scream Karma to Professor Jonathan Moyo.

That Moyo’s daughter is at present time believed to have succumbed to the cunning cruelty of evil men excites so many Zimbabweans. Several of them are in jovial mood and feel the ‘gods’ have vindicated them, by dealing Moyo with the same hand he has dealt with Zimbabweans in the past. ‘What goes around comes around’ is being thrown everywhere.

A friend of mine, a member of Makandiwa’s church, went as far as saying, “Touch not my anointed ones” – implying God is punishing Moyo for his jibe on the Prophet. On social media, I have encountered the statement, ‘God is not blind’ several times. While some simply resort to saying, ‘Moyo deserves it, how many has killed himself?’

It is understandable and not debatable that Professor Jonathan Moyo, together with what he stands for are the rude reason for the suffering of many Zimbabweans. Moyo himself stands accused by the grapevine of many despicables, from the genocide right down to the death of angelic gospel songstress Jackie Madondo.

However, Moyo may not be the nicest man in the room, but the treatment he is receiving from many borders on vile malevolence of the most hellish order. Zanele Moyo, was not the citizen of Jonathan Moyo.

Whatever Professor Moyo has done or stands accused was not her fault, not of her making, and out of her hands and influence. She was just a 20 year old child, and a sweet one for that matter. Her death is not justice served on Moyo, or the plight of Zimbabwe.

If our idea of justice is the vengeful murder of an innocent and defenseless woman, real or imagined, then we are as bad as the ‘monster’ we fight and love to hate.

To celebrate the loss of a life, and the grief in the trauma of a parent losing his offspring is out of touch with decency and basic humanity. It is simply ‘plain cruel’ and monstrous to pick now as a time to shove other agendas, let alone gloat and remind him that, despite his power, in the face of death all mean are feeble.

We cannot find, in the tragedy of Zanele’s death, a playground to kick a ball and settle political scores. That is just wrong and inhumane.

To those who insist on doing so, I am afraid you have lost your humanity and become something other. When the trauma of Moyo losing his daughter dies down and he finds healing, whenever that maybe, the biggest change will not be how he learns to live without his angel daughter, but the new definition of humanity that you have undertaken – one that is shaped around insensitivity and sadism.

To Zanele Naledi, may your soul rest in peace little angel!

ZIMBABWE - If you gaze into the Abyss, the Abyss gazes into you. He who fights with monsters should see to it that he does not become a monster himself! Zimbabwe’s Minister of Higher and Tertiary Education, Professor Jonathan Moyo lost his second younges...
Share via
x
More Information
x