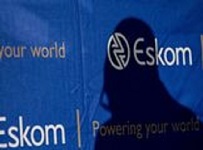 ZIMBABWE – Eskom and Zesa are members of the Southern African Power Pool, a regional power-sharing body.

In a statement, Eskom said it was aware that its responsibilities to supply neighbouring countries might create an apparent conflict of interests when its domestic supply-demand balance was constrained.

“To reduce the impact of exports, we have ensured that power supply agreements with SAPP trading partners are sufficiently flexible to allow for … controls during emergency situations in South Africa,” it said.

Zimbabwe is finding it increasingly difficult to satisfy its daily electricity demand of 2 200megawatts, with dwindling power generation at its Kariba hydropower station owing to falling water levels in the Kariba Dam.

The Kariba Dam is understood to be only 14% full, which has forced both Zimbabwe and Zambia to reduce their power supplies.

Power-generation capacity in Zimbabwe fell to as low as 975MW this week after power stations in Harare and Bulawayo were shut down.

The power supply from the Kariba hydropower station has been reduced, to 407MW from the 475MW generated last month.

Samuel Undenge, the power and energy development minister, said this week that he supported the tariff hike on the grounds that the current tariffs charged by Zesa were not realistic and were stifling its operations.

Zesa is also owed $1-billion (about R16.5-billion) by consumers.

“The tariff has not been cost-reflective as there has been no increase in the past four years,” said Undenge.

“I envisage an increase which enables Zesa to remain afloat and at the same time not negatively affect farmers, industry and other consumers.

“Energy is vital for production to take place and I will ensure we achieve the lowest tariff increase possible.”

The cost of generated power is $0.0986 per kilowatt-hour, according to the Zimbabwe Power Company, a subsidiary of Zesa.

The indications are that Zesa is lobbying for an increase of nearly 30%, which would raise the cost to $0.14 per kilowatt-hour.

Public consultations to seek approval for the tariff hike have begun, with the energy regulator holding the consultations in Harare first, before recommendations submitted by other provinces are made to Undenge and forwarded to the cabinet.

To mitigate the worsening power deficits, Zimbabwe is set to use the tariff hike to fund the installation of a 200MW emergency power plant at the Dema substation, in Seke district.

John Robertson, an independent economist in Harare, said the proposed tariff hike would put pressure on the manufacturing industry, which is battling to keep afloat.

“The big challenge for the manufacturing industry is to reduce costs, and if power goes up, that makes a bad situation even worse. Zesa must increase its own efficiency. If they think they can increase prices to cover up for their reduced efficiency, then it’s a wrong solution to the problem. Any increase in power tariffs will delay Zimbabwe’s recovery process and its ability to produce goods competitively,” he said.

ZIMBABWE - Eskom and Zesa are members of the Southern African Power Pool, a regional power-sharing body. In a statement, Eskom said it was aware that its responsibilities to supply neighbouring countries might create an apparent conflict of interests when ...
Share via
x
More Information