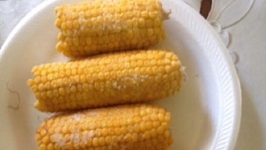 ZIMBABWE – Zimbabwe’s Agriculture Minister Joseph Made says food imports will be stepped up following reports that the country is left with just two months’ supply of grain.

Local grain millers say the country only has around 248,000 tonnes of maize left, enough to last eight weeks.

The Herald says Agriculture Minister Joseph Made has admitted that grain stocks are low, but he couldn’t give figures.

He’s quoted as saying private sector imports of maize have been very limited, and it’s up to the state to ensure there’s enough food.

But with the government already battling to find money to pay civil servants, it’s unclear where it’ll find the extra funds.