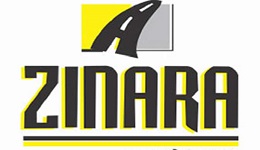 ZIMBABWE – The Zimbabwe National Roads Administration (zinara) has reinstated 51 of the workers that it fired last year, following a recent Government directive to take them back.

Early this month, Transport and Infrastructural Development Minister Dr Joram Gumbo directed zinara to reinstate the workers instead of recruiting new ones.

The workers were fired following the July 17, 2015 Supreme Court ruling that allowed companies to dismiss employees on three months’ notice.

The directive to reinstate the workers came after the roads authority had written to Dr Gumbo requesting that it employs 100 more people in view of the new 10 tollgates to be opened soon in various parts of the country.

In an interview yesterday, zinara acting chief executive Engineer Moses Juma confirmed the developments and said reinstating the workers was an ongoing process that they were now conducting.

“Pursuant to ministry’s guidance and advise, zinara has gone ahead in implementing, to this end all the 51 employees have been reinstated effectively 18 January 2016,” he said.

Eng Juma said they would soon recruit new staff since they will be opening up four of the new tollgates this first quarter of the year.

He said the recruitment process was going to be conducted in phases.

Dr Gumbo recently said zinara made a request to the ministry that they wanted to employ 100 more people because of the new tollgates set to be opened.

He told the road authority that this was going to cut expenses since zinara was going to pay the fired workers their packages and at the same time employ new ones.

zinara recently said 10 more tollgates will soon be completed countrywide, with four expected to be finished this month and the rest by April.

Four tollgates in Karoi on the Harare-Chirundu Road, Bindura on the Harare-Mount Darwin Road, on the Bulawayo-Gwanda Road and Magamba on the Chivhu-Nyazura Road will be ready this month.

The tollgates at Kazungula on the Victoria Falls-Kazungula Road, Dewure and Lothian on the Masvingo-Mutare Road, Ngundu-Tanganda Road, Chivhu on the Harare-Chivhu Road and at Rutenga on the Masvingo-Beitbridge Road would be ready by April.

The Department of Roads, through its provincial road engineers, started erecting the tollgates in November last year after the gazetting of the necessary Statutory Instrument.

ZIMBABWE - The Zimbabwe National Roads Administration (zinara) has reinstated 51 of the workers that it fired last year, following a recent Government directive to take them back. Early this month, Transport and Infrastructural Development Minister Dr Jora...
Share via
x
More Information